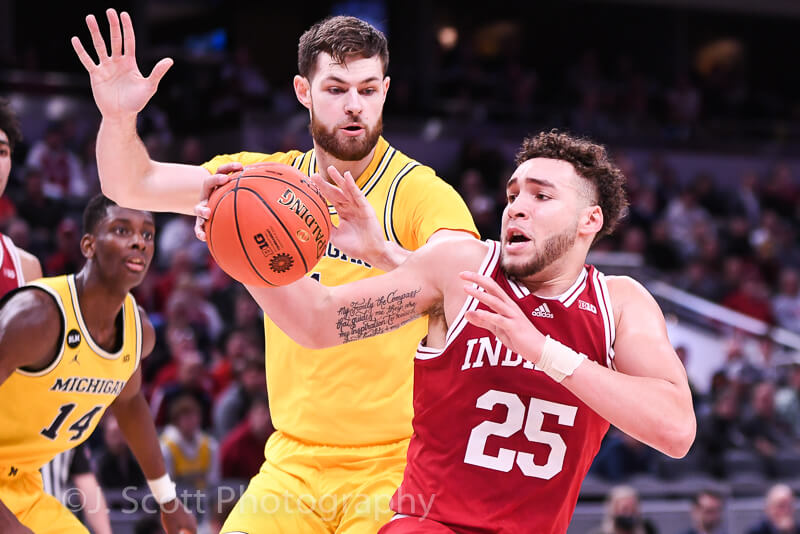 The offseason is in full swing and Inside the Hall will once again keep the most comprehensive list of Big Ten roster movement entering the 2022-23 season.

This post will be updated frequently this offseason due to all of the player movement, but here’s a current look at Big Ten rosters for the 2022-23 season.

– Players who have eligibility left, but have not declared for the NBA draft or declared their intentions for next season are listed under “eligible to return.”

– Walk-ons are not included unless they have played significant minutes.

Notes: The Illini have an elite recruiting class, but the loss of Cockburn will set the program back in a significant way next winter.

Notes: With Jackson-Davis back in the fold, Indiana should be one of the top teams in the Big Ten next season.

Notes: The loss of Murray is significant for the Hawkeyes, who once again failed to reach the Sweet Sixteen under Fran McCaffery.

Notes: New coach Kevin Willard has a lot of work to do this spring to get the Terrapin roster in a spot where the program can compete in the Big Ten next season.

Notes: Dickinson is returning to Ann Arbor, which is huge news for Juwan Howard and the Wolverines.

Notes: The Gophers will likely return Battle, one of the best scorers in the league, and also welcome Garcia as a transfer from North Carolina.

Notes: Bryce McGowens is off to the NBA and it’s starting to seem like the Fred Hoiberg project may never get off the ground in Lincoln.

Notes: It was another ho-hum season for the Wildcats under Chris Collins and it doesn’t seem like any significant improvement is on the way for next season.

Notes: Chris Holtmann is bringing in a loaded recruiting class and should also get a boost next season from the return of Sueing, who didn’t play this past season due to injury.

Notes: It may take some time, but Micah Shrewsberry appears to have Penn State on the path to being competitive in the Big Ten.

Notes: The Boilermakers have a ton of production to replace, but with the returning pieces and potential transfer portal additions, Purdue should once again be near the top of the Big Ten next season.

Notes: Rutgers figures to take a step back next season as Geo Baker has exhausted his eligibility and Harper Jr. is not expected to be back in Piscataway.

Notes: The Badgers are losing Davis to the NBA and Brad Davison to graduation, which begs the question: where will the offense come from next season?