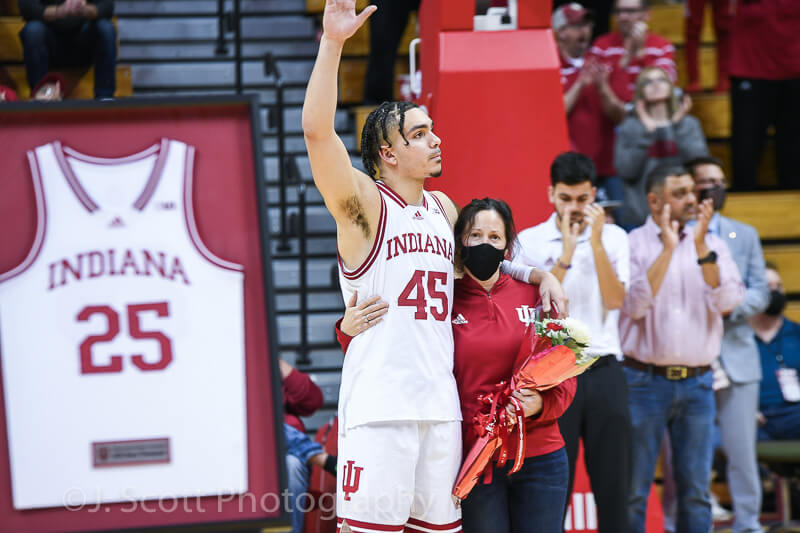 Indiana guard Parker Stewart shared on Twitter late Thursday night that he will not be returning to Bloomington next season.

In his message, Stewart shared the following message: “Every stop was a blessing, I’m forever grateful. #LL45”

Every stop was a blessing, I’m forever grateful. ?? #LL45 pic.twitter.com/tLcVhN8REF

Stewart started 31 of the 34 games he appeared in for Indiana this season, averaging 6.2 points, 2.1 rebounds and an assist in 24.4 minutes per game.

Over 91 career games between Pittsburgh, UT-Martin and Indiana, Stewart is averaging 10.8 points and is a career 37.3 percent 3-point shooter.

Stewart went through Senior Day following Indiana’s final home game against Rutgers and has one season of eligibility remaining if he decides to transfer elsewhere.

At UT-Martin, Stewart was named to the All-Ohio Valley Conference second team. He averaged 19.2 points, 4.6 rebounds, 3.8 assists, and shot 34 percent from 3-point range.

The 23-year old began his career at Pittsburgh where he averaged 9.1 points per game as a freshman. He shot 38 percent on 3-pointers and 80 percent from the free throw line.