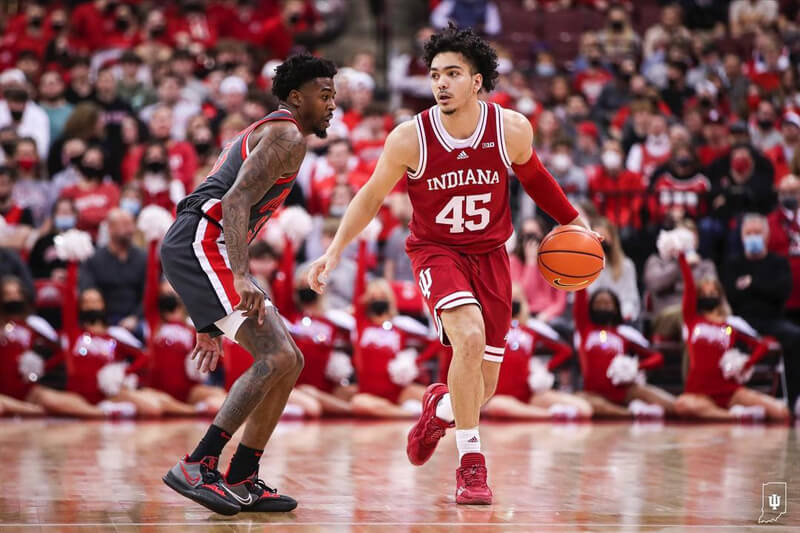 Quick thoughts on an 80-69 overtime loss at Ohio State:

How it happened: It was another rough start offensively for Indiana on Monday night in Columbus. The Hoosiers committed four turnovers in the first 4:18 of the game. Indiana couldn’t convert around the basket in the first half either as it hit only 3-of-9 on layups and dunks. But the Hoosiers were able to keep things close and trailed by just seven at halftime thanks to 10 points from Trayce Jackson-Davis and eight from Parker Stewart. With Xavier Johnson in foul trouble, Stewart logged some minutes at point guard for the first time and knocked in a pair of 3s. E.J. Liddell was just 2-of-7 in the first half for five points.

Ohio State looked like it might pull away in the second half when it opened a 50-39 lead with 13:32 to play. But Indiana answered with a 15-5 run to get within one at 55-54 at the 7:11 mark. The Hoosiers took the lead on a pair of free throws by Trayce Jackson-Davis with 6:35 to play. The lead grew to four with 5:09 to play on a Tamar Bates 3-pointer. Ohio State cut the lead to two on a pair of free throws by Malaki Branham, but Race Thompson’s bucket gave the Hoosiers a 61-57 lead with 3:29 to play. Liddell made a pair of free throws to get the Buckeyes within two with 3:14 to play, but Bates answered with a long two to make it a four-point lead again with 2:47 to go. Branham cut Indiana’s lead to two with a pair of free throws with 56.1 seconds to play. Liddell tied the game on a dunk with just under six seconds to play and Indiana didn’t get off a good shot to end regulation and the game went to overtime.

Ohio State took control in overtime as the Buckeyes went 4-of-5 from the field and 8-of-11 from the free throw line to hand Indiana its fifth straight loss. 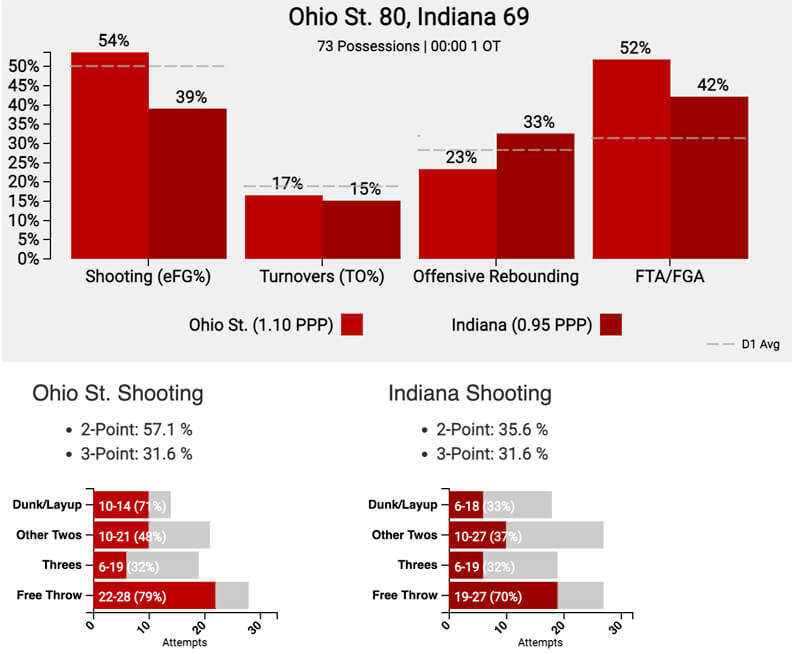