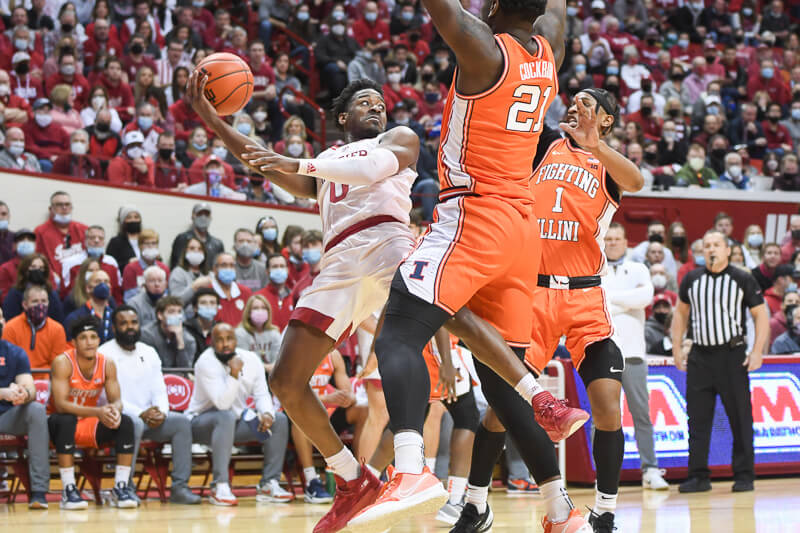 How it happened: It was a tale of two halves for Indiana on Saturday afternoon in Assembly Hall. In the first 20 minutes, the Hoosiers scored 1.07 points per possession and led 36-34 at halftime despite foul trouble for Trayce Jackson-Davis. Indiana’s All-American candidate picked up a pair of fouls in the game’s first five minutes and went to the bench for the remainder of the half. The Hoosiers were able to overcome his absence with nine points and five rebounds from Xavier Johnson and 12 bench points.

The second half, however, was a different story. Indiana’s offense fell flat and Illinois took control and solidified its spot at the top of the conference. The Fighting Illini took control with a 21-5 run over an eight-minute span to lead 63-51 with 5:10 remaining. Indiana had no answer defensively for Trent Frazier or Kofi Cockburn. Frazier’s 23 points led the way and Cockburn added 17 points and eight rebounds. The loss, Indiana’s second at home this season, dropped the Hoosiers to 16-6 overall and 7-5 in conference play.

Standout performers: Johnson finished with 12 points on 4-of-11 shooting from the field and added five rebounds, five assists, a steal and a blocked shot in 32 minutes.

Statistics that stand out: Illinois outscored Indiana by 21 from beyond the 3-point line. And it was another tough game for Jackson-Davis against Illinois. He’s now 17-of-49 from the field in his career against the Fighting Illini in four losses. 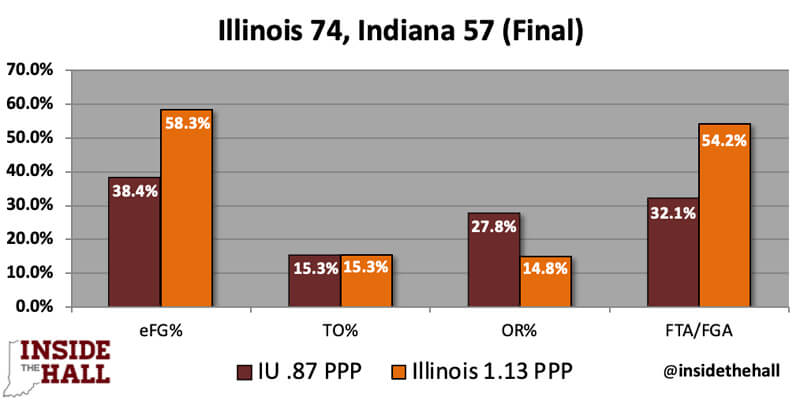