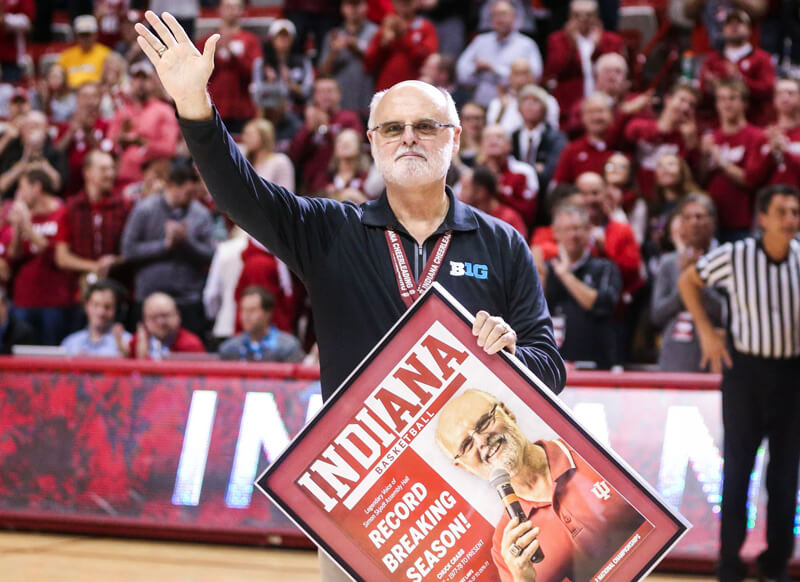 Crabb’s retirement is effective immediately, according to an IU spokesperson. He is most well known by Indiana fans for his work at Assembly Hall as the public address announcer for the last 45 years.

Here’s the full news release on Crabb’s retirement issued by the athletic department:

A native of Brazil, Ind., and a 1973 graduate of Indiana University, Crabb worked in a variety of areas and capacities throughout his IU Athletics career. Most recently, he served as the Associate Athletic Director for Facilities, a role he assumed in 1990. But he’s probably best known to Hoosier fans as the public address announcer at Simon Skjodt Assembly Hall for the last 45 years. Crabb replaced Bert Laws in that PA role for both football and men’s basketball in 1977, and has been a big part of what makes the IU gameday environment special ever since. In addition to his 45 years as the PA announcer at men’s basketball, Crabb has also had extensive stints as the announcer for the IU Women’s Basketball, IU Football, IU Men’s Soccer, and IU Men’s and Women’s Track and Field.

On top of his contributions to IU Athletics, Crabb has been involved in a variety of marquee athletic events on the national and international levels. At the 1996 Olympic Games in Atlanta, Crabb served as the Competition Producer for Track and Field, and he served as the Interview Room Manager at the Main Press Center at the 1984 Summer Olympics in Los Angeles. He was a public address announcer at both the 1994 Men’s World Cup and the 1999 Women’s World Cups that were held in the United States. He’s also worked at a variety of other high-profile track and field events through USA Track and Field, including past Pan American Games, U.S. Sports Festivals, U.S. Olympic Festivals, U.S. National Track and Field Championships, and U.S. Track and Field Olympic Trials.

Indiana University Athletics congratulates Crabb on his retirement and wishes him well in the future.