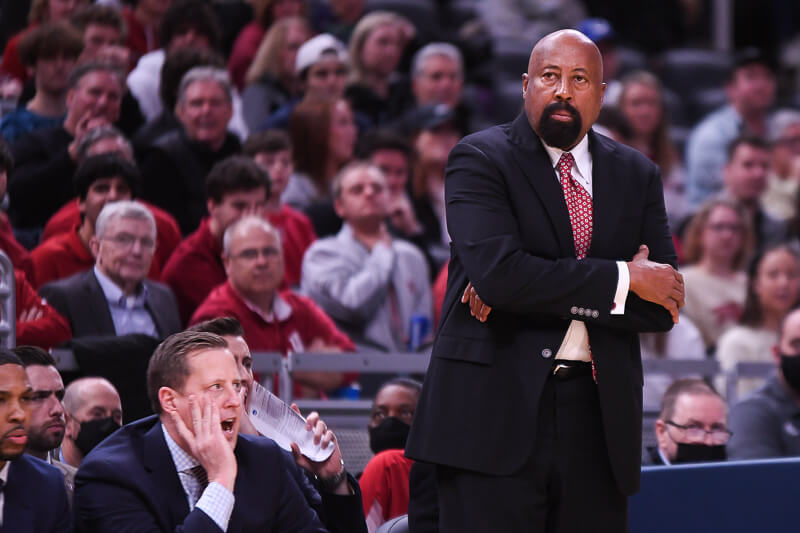 How it happened: It was an ugly start for Indiana in Gainbridge Fieldhouse in the final Crossroads Classic. The Hoosiers fell behind 24-15 and the offense was stagnant. But as we’ve seen on multiple occasions this season, Indiana quickly flipped the switch and changed the momentum. The Hoosiers closed the half on a 15-3 run to grab a 30-27 lead at intermission. Notre Dame’s offense managed just .81 points per possession in the first 20 minutes. Early in the second half, it looked like Indiana might run away from the Fighting Irish. Indiana led 45-35 at the 11:51 mark on a Trayce Jackson-Davis. Notre Dame, however, answered with an 11-1 run to tie the game at 46 with 8:11 to play. Indiana stretched the lead to five at 52-47 on a Rob Phinisee 3-pointer with 4:27 to play. Indiana made it 54-47 on a Xavier Johnson with 3:11 to play and 56-49 on a Jackson-Davis dunk with 2:34 to play. By the 2:07 mark, the Hoosiers led 58-49 on a pair of Jackson-Davis free throws. Notre Dame never got closer than seven the rest of the way as Indiana improved to 9-2.

Standout performers: It was a balanced scoring effort for the Hoosiers as four players finished in double figures. Jackson-Davis finished with 17, Parker Stewart had 12, Race Thompson had 11 and Xavier Johnson finished with 11. Rob Phinisee finished with a stellar line of six points, five rebounds and five assists off the bench.

Statistic that stands out: Indiana held Notre Dame, which entered the game with the nation’s 24th best offense according to KenPom, to just 56 points and .82 points per possession.