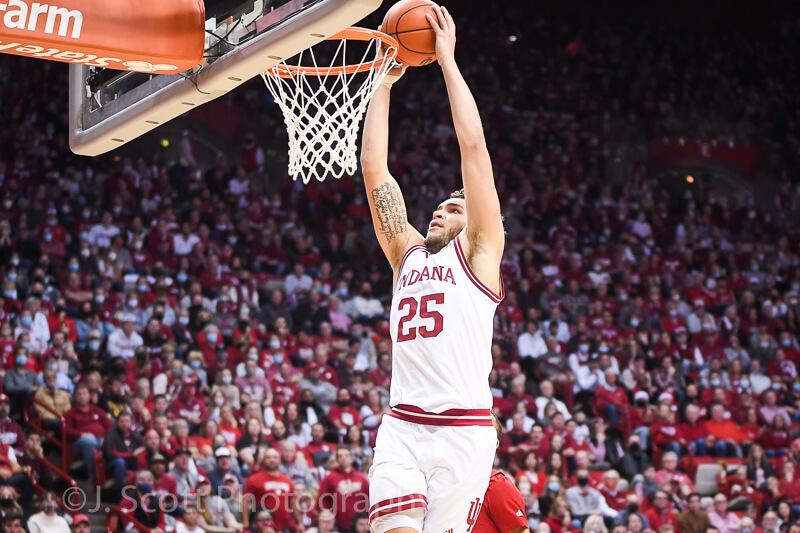 Quick thoughts on an 81-49 win over Merrimack:

How it happened: It was a bumpy start for Indiana on Sunday at Assembly Hall. The Hoosiers, coming off their collapse on Wednesday night in Madison, were lethargic in the first half. And Merrimack, with its zone defense and deliberate offense, took advantage. The Warriors, known for hoisting 3-pointers, took 17 triples in the first half. It made six of those attempts. It was enough to keep the game close as Indiana went into the locker room with just a 36-30 lead. The second half, however, was a different story. The Hoosiers surged out of the gate with a 17-6 run to grab a 53-36 lead by the 14:17 mark. Merrimack couldn’t buy a bucket inside the 3-point line for most of the afternoon. And Indiana cruised to its eighth win over the season, seven of which have come against mid or low major competition.

Statistic that stands out: Merrimack, as mentioned early, couldn’t score inside the 3-point line. The Warriors shot 5-of-25 on 2s for 20 percent.