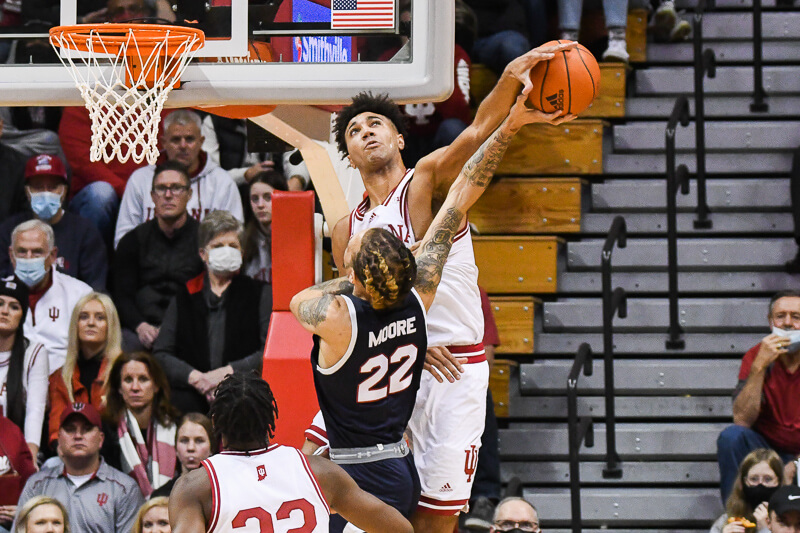 Quick thoughts on a 70-35 win over Jackson State:

How it happened: Another overmatched opponent, another easy victory for Indiana. The Hoosiers led by 10 at the 13:46 mark of the first half on a Trayce Jackson-Davis bucket and Jackson State never seriously challenged all evening. By halftime, Indiana led 34-17 after Miller Kopp knocked in three free throws to close the half. It was another stifling defensive performance from Indiana, which held Jackson State to just .51 points per possession in the first half. Indiana scored the first 11 points of the second half for a 47-17 advantage by the 15:26 mark. The Hoosiers led by as many as 44 on their way to another comfortable win and a 5-0 mark heading into a Saturday contest against Marshall.

Standout performers: Xavier Johnson had an efficient evening with 14 points on 5-of-6 shooting from the field and a 4-of-6 mark from the free throw line. Johnson also had seven rebounds, three assists and just one turnover in 25 minutes. Miller Kopp was one of three Hoosiers in double figures with 12 points. Parker Stewart hit three of his five 3-point attempts and is now 10-of-21 on 3s this season. And Trayce Jackson-Davis had 11 points, three rebounds and four blocked shots in 24 minutes.