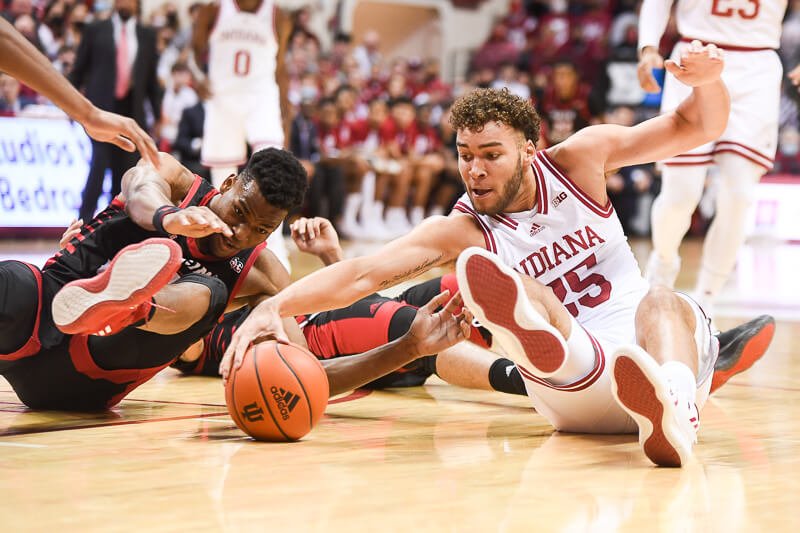 Quick thoughts on a 76-44 win over Louisiana:

Standout performer: Parker Stewart snapped out of an early-season shooting funk and scored 16 points on 6-of-7 shooting from the field. Stewart was 4-of-5 from behind the 3-point line in 18 minutes.

Statistics that stands out: There was plenty to like about Indiana’s offensive performance in Sunday’s win. The Hoosiers shot 10-of-19 from behind the 3-point line (52.6 percent) and 10-of-13 from the free throw line (76.9 percent). Turnovers, however, were an issue for the Hoosiers. Indiana turned it over 27 times for a turnover percentage of 36.