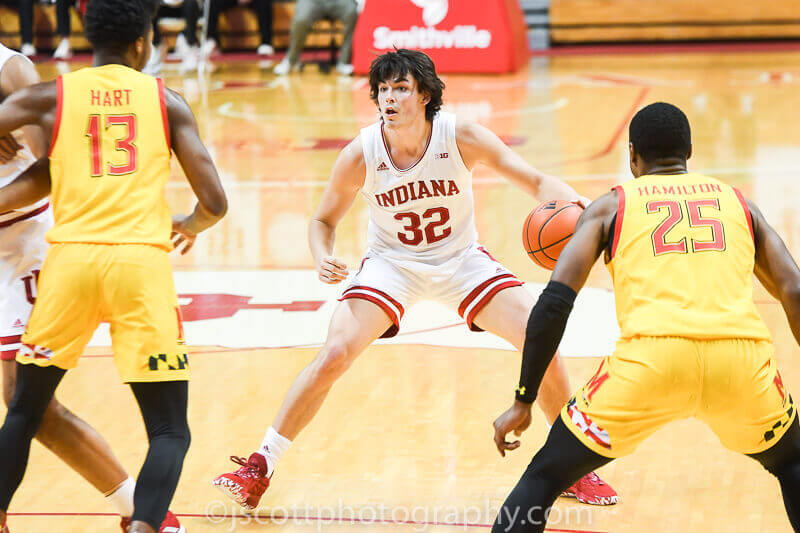 Indiana guard Trey Galloway will undergo surgery for a broken left wrist, according a message posted on Facebook by his family on Thursday afternoon.

The 6-foot-4 guard was fouled while driving to the basket by Montez Mathis of St. John’s in the first half of IU’s 76-74 win on Wednesday.

Galloway’s arm was grabbed in the air by Mathis and he fell awkwardly to the ground in the first half. Mathis was ejected for a flagrant two foul. 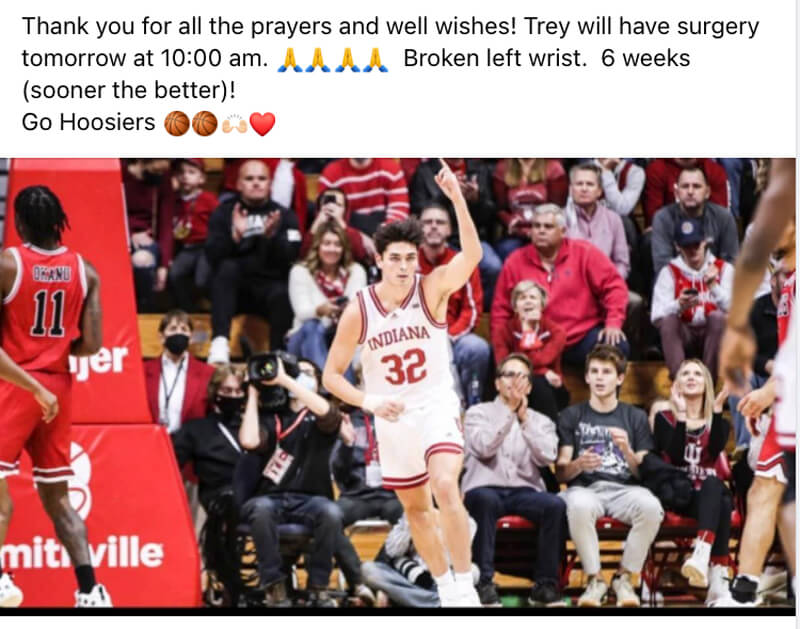 While his perimeter shooting never got off the ground in his first season, Galloway’s aggressiveness off the dribble was a bright spot offensively for the Hoosiers.

He made an impressive 56.9 percent of his 2s in his freshman season. Galloway scored in double figures on three different occasions last season.