At the buzzer: Indiana 85, Northern Illinois 49 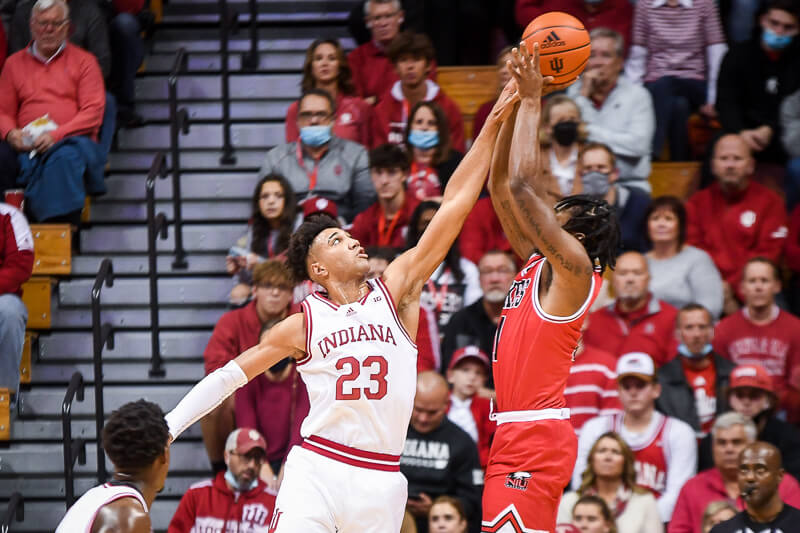 Quick thoughts on an 85-49 win over Northern Illinois:

How it happened: Northern Illinois came into Bloomington riding high off of a 71-64 season-opening win at Washington Tuesday night. But their confidence would quickly be squashed by a focused Indiana team playing just its second regular-season game under Mike Woodson. Indiana came out hot from the perimeter, knocking in four of its first seven 3-point attempts. By the 9:41 mark of the first half, Indiana led 22-9 on a Trey Galloway layup off a nice feed from Michael Durr. The offense would hum along for most of the first half as Indiana built a 27-point cushion by intermission. Trayce Jackson-Davis was unstoppable, as he recorded 17 points, seven rebounds and six blocked shots in 17 first-half minutes. With the game in hand for the final 30 minutes, the second half afforded Woodson the opportunity to dig a bit deeper into his bench as the Hoosiers cruised to their second win of the season.

Standout performer: Another game, another mention of Jackson-Davis in this space. The preseason All-American was once again terrific as he posted 19 points, seven rebounds and seven blocked shots in 26 minutes. Race Thompson deserves a mention, too, as he recorded a double-double with 12 points and 10 rebounds in 16 minutes.

Statistic that stands out: Indiana clamped down defensively and held Northern Illinois to just 30.4 percent shooting and .67 points per possession.