At the buzzer: Indiana 68, Eastern Michigan 62 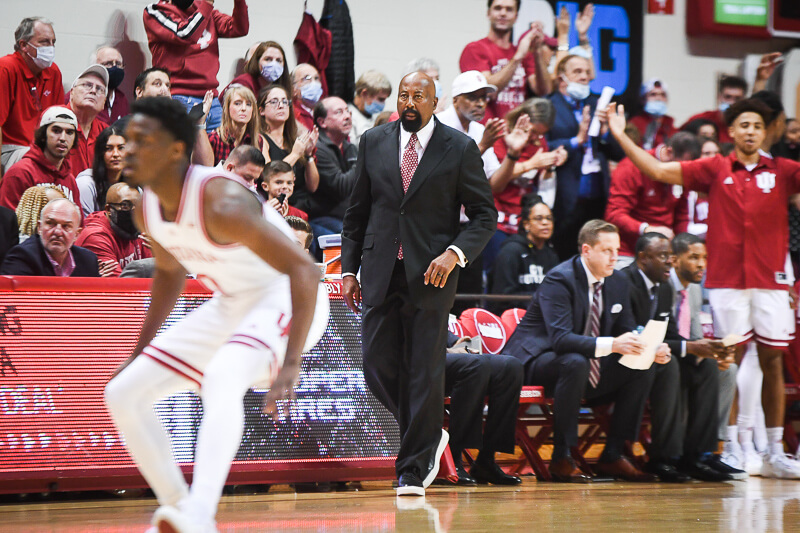 Quick thoughts on a 68-62 win over Eastern Michigan:

How it happened: The Mike Woodson era got off to a quick start in Bloomington. Indiana raced to a 10-0 lead in the first 5:28 of the season opener over Eastern Michigan. Parker Stewart was the catalyst early on, connecting on a pair of 3-pointers. But some early turnovers and questionable shot selection allowed Eastern Michigan to quickly close the gap. By the 10:12 mark, Indiana’s lead was just 12-10. The Hoosiers responded with nine straight points – five by Rob Phinisee and four by Tamar Bates – to stretch the lead to 11 at 21-10. By halftime, Indiana was in control with a 36-19 lead as Eastern Michigan managed just .51 points per possession.

The Hoosiers opened up a 21-point lead early in the second half, but the Eagles got back to within 13 after a Parker Stewart flagrant foul at the 11:38 mark. Eastern Michigan outplayed Indiana for a majority of the second half and things got very interesting down the stretch as Noah Farrakhan heated up. After Eastern Michigan got within one with 2:47 to play, a Race Thompson bucket pushed the lead to three with 2:14 to go. The Eagles turned it over on their next possession and Thompson split a pair of free throws to make it 62-58 with 1:52 to play. Indiana fouled Farrakhan on a 3-pointer with 1:39 to play, but he made just one of the free throws. Trayce Jackson-Davis split a pair of free throws on the next possession and Indiana then stopped Eastern Michigan on its next possession. After Indiana pushed the lead to five on a free throw by Xavier Johnson, Farrakhan hit a 3-pointer to make it 64-62 with 23.6 seconds to play. Johnson’s layup with 16 seconds to play pushed the lead to four as Indiana avoided a disaster in Woodson’s debut as IU’s head coach.

Standout performer: Trayce Jackson-Davis led the Hoosiers with a game-high 21 points on 9-of-14 shooting from the field. Jackson-Davis added 14 rebounds and three blocked shots in 37 minutes.

Statistics that stands out: Indiana struggled from the perimeter as the Hoosiers connected on just 4-of-24 attempts on 3s for 16.7 percent. Indiana also shot just 60 percent from the free throw line (12-of-20).