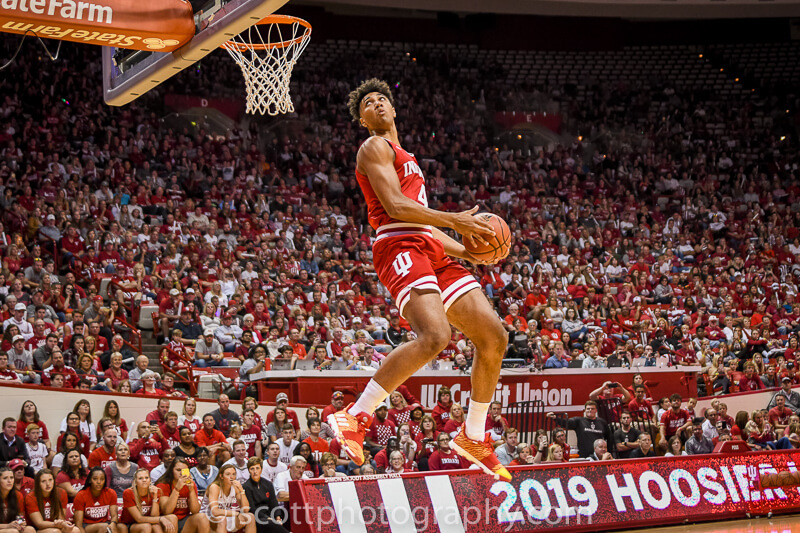 Indiana released some final details and activities for this year’s Hoosier Hysteria this afternoon.

The full details from IU Athletics are available below:

BLOOMINGTON, Indiana – The festivities for Hoosier Hysteria presented by Smithville, the official tipoff for the 2021-22 Indiana University basketball season, are set as fans will have an opportunity to see the men’s and women’s programs for free in person for the first time since March 2020. The event will begin at 4 p.m. in Simon Skjodt Assembly Hall. Those attending are asked to donate a canned food item to benefit the Hoosier Hills Food Bank.

Fans will be able to lineup for admission beginning at 7 a.m., (weather permitting) Saturday with men’s and women’s players delivering a limited amount of food to those arriving early in line and will be available briefly for photos. There will not be a dedicated autograph session inside of Simon Skjodt Assembly Hall before or after Hoosier Hysteria this year.

In accordance with Indiana University protocols and Monroe County Health Department guidance, all fans are required to wear a face-covering inside Simon Skjodt Assembly Hall. Doors open at 2:30 p.m. and upon entering, the Hoosier faithful will have access to The Varsity Shop, concessions and can purchase women’s basketball tickets and men’s basketball mini-series tickets at the IU Ticket Office.

From 3:30 p.m. to 4 p.m., the Student Athletic Board Candy Stripe Classic 3-on-3 Championship will be held on McCracken Court and performances by the Redsteppers Dance Team and the IU Cheerleading squad will take place prior to the official start at 4 p.m.

Coach Teri Moren, who led IU to an Elite Eight appearance a season ago, and her squad will be introduced. Moren, who has posted six straight 20-win seasons, will address the crowd at the conclusion of introductions.

The men’s team and coaching staff will come out on the floor and former IU All-American and first-year head coach Mike Woodson will make his first appearance publicly in front of the fanbase and talk his time at IU, his team and about the upcoming year. Former IU All-American and two-time NBA Champion Isiah Thomas will be in attendance and also address Hoosier Nation.

Both the men’s and women’s teams will then take part in skill competitions (players subject to change).

Following the skills competition, the men’s team will hold a basketball workout on the court.

WATCH HOOSIER HYSTERIA PRESENTED BY SMITHVILLE ON BTN PLUS

Fans wishing to watch next Saturday’s Hoosier Hysteria Presented by Smithville can do so by purchasing a BTN Plus subscription. The event will begin at 4 p.m., Saturday, October 2 from Simon Skjodt Assembly Hall. IU students Derek Decker, Will Trubshaw and Grace Ybarra will provide commentary.

BTN Plus, a subscriber service which offers programming that includes non-televised games and events available on BTN2Go with a purchase of a BTN Plus subscription. BTN Plus content features live games produced by students at Big Ten universities.

A season pass which will bring you all of the live events featuring IU Athletics on BTN Plus is $79.95. A monthly IU pass is $9.95.

Usually each season, two to three men’s basketball regular season games will air on the service and five to six women’s games also are shown.