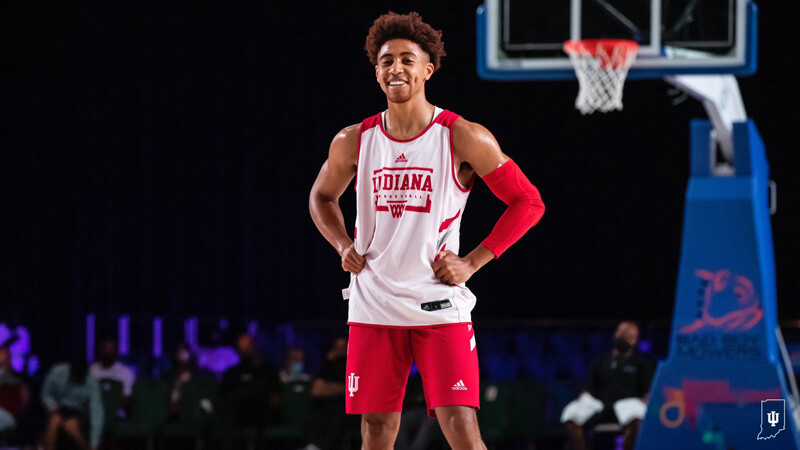 NASSAU PARADISE ISLANDS, The Bahamas – Quick thoughts on a 64-53 exhibition win over BC Mega:

How it happened: Early on, it appeared Indiana might run away with an easy sweep of Serbian professional club BC Mega in the Imperial Ballroom at the Atlantis Resort. The Hoosiers raced to a 14-2 lead by the 14:29 mark of the first half as all five starters recorded a bucket in the game’s opening stretch. At one point, Indiana was scoring 1.6 points per possession. But BC Mega found its footing defensively and by the 8:27 mark, closed the gap to three at 21-18. By halftime, Indiana led 37-30, but its offensive struggles were apparent. The Hoosiers were just 3-of-12 on 3s and led mainly because of 14 trips to the free throw line, where they converted 10 times. A Miller Kopp ankle injury didn’t help either, as the senior forward left the game early in the half as he logged just three minutes total. At the half, Xavier Johnson’s eight points and five assists in eight minutes set the pace for IU.

Indiana extended its seven-point halftime lead to 12 by the 10:27 mark on a Rob Phinisee layup, the senior guard’s first bucket of the game. By the 4:05 mark of the second half, Indiana led 58-42 and was in complete control. Despite a poor overall offensive performance, Indiana’s defense held strong and led it to a sweep in the two-game series in the Bahamas. It was a nightmarish afternoon offensively on Sunday for BC Mega, which shot just 28 percent from the field. Indiana must be given credit for its defensive effort as it allowed just .76 points per possession in the second exhibition win.

Standout performers: Johnson scored a team-high 13 points (on 4-of-15 shooting) and dished out seven assists. His plus/minus of +24 was a team-best. Trayce Jackson-Davis added 11 points.

Statistics that stands out: The Hoosiers shot an efficient 12-of-17 from the free throw line (70.5 percent) and committed just six turnovers for a turnover percentage of nine. 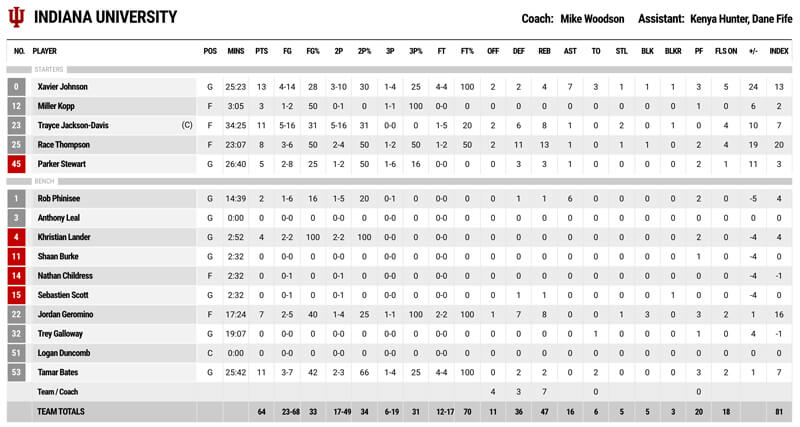