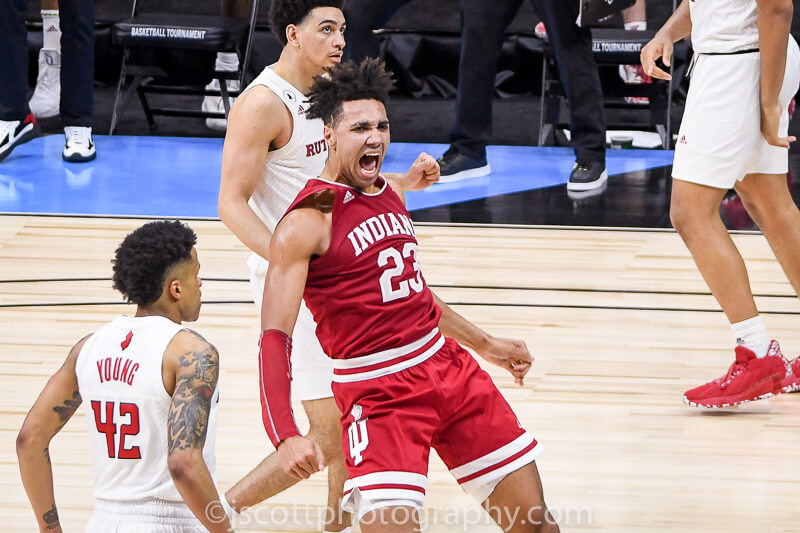 On Wednesday, Indiana released more information about its upcoming exhibition games in the Bahamas.

The Indiana University men’s basketball team will battle BC Mega, a professional basketball club based in Belgrade, Serbia, in two games in the Bahamas Friday, August 13 and Sunday, August 15. The contests will tip-off at 7:30 p.m. on Friday and at 1 p.m. on Sunday in the Imperial Ballroom at Atlantis Paradise Island.

“I think this opportunity will be extremely beneficial to the young men in our program,” said Mike Woodson. “They’ve worked extremely hard this summer and to have the chance to test yourselves against professional basketball players is invaluable. We’ll be able to learn a lot about ourselves and we’ll use that to our advantage as we prepare for our official practices to start in late September and games in early November.”

A two-time All-American in 1979 and 1980, Woodson is in his first year leading his alma mater and returns to the Bloomington campus with vast experiences and knowledge after playing in the NBA for 11 seasons beginning in 1980 and serving as a coach in the league beginning in 1996 for seven NBA franchises, including nine years combined as a head coach with the Atlanta Hawks and New York Knicks. He was serving as an assistant coach with the Knicks.

Woodson was the 1980 Big Ten Player of the Year and NABC All-American as a senior in leading the Hoosiers to a conference title and a berth in the NCAA Tournament’s Sweet Sixteen. Despite undergoing back surgery in December and missing seven weeks, he was honored as the Chicago Tribune’s Silver Basketball Award Winner following the season. He is the fifth all-time leading scorer at IU with 2,061 points and is a member of the Indiana University Athletics Hall of Fame.

• IU returns three starters and nine lettermen from the 2020-21 squad. This is the fourth overseas trip for Indiana Basketball. IU played 18 games in the Summer of 1985 in Canada, Japan, China, Yugoslavia and Finland. After starting 2-6 on the trip, the Hoosiers won their final 10 games. The Hoosiers also visited the Bahamas over Labor Day Weekend in 2007 and went 3-0. The last trip for the Cream and Crimson came in the Summer of 2014 when it finished 4-1 on a trip to Canada (Montreal).

• Sophomore All-American forward Trayce Jackson-Davis, who was the only high major player to average at least 19 points and 9 rebounds during last season, is the first returning first, second, or third team All-American for the Hoosiers since Calbert Cheaney in 1993.

• Transfers Xavier Johnson (81), Michael Durr (85) , Miller Kopp (74) and Parker Stewart (44) have combined to start 284 career games at the Division I level. Eligibility-wise, all four can play two years at IU.

• BC Mega plays in the ABA League First Division which is the 1st-tier regional men’s professional basketball league that originally featured clubs from the former Yugoslavia (Bosnia and Herzegovina, Croatia, Montenegro, North Macedonia, Serbia and Slovenia). They were 18-15 last year.

• Tickets will be available for pick-up at the Atlantis Box Office located in the Convention Center starting at 10:00 AM on August 13th

• Gates will open to the Imperial Ballroom one hour prior to tip-off.