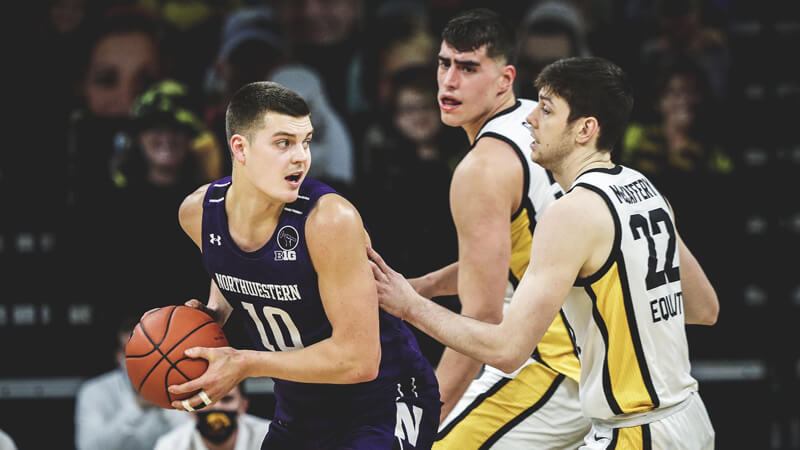 Miller Kopp, who transferred to Indiana from Northwestern this offseason, has withdrawn from the NBA draft early entry list according to Jeff Goodman of Stadium.

Indiana’s Miller Kopp, who transferred from Northwestern, told @Stadium that he will be withdrawing from the NBA Draft process.

The 6-foot-7 forward, who played his first three college seasons in Evanston, averaged 9.6 points, 2.9 rebounds, 1.2 assists and shot 36 percent on 3s over 87 games for Northwestern.

The Houston native has two years of eligibility remaining.

“Miller is a veteran player with three seasons of experience as a starter in the Big Ten.” Mike Woodson said in a release in late April. “He is a tremendous shooter from long range who will really help us become more versatile with his ability to stretch the floor. He also is an outstanding free throw shooter who will come in and have an immediate impact.”

As a junior at Northwestern, Kopp averaged 11.3 points and three rebounds.

Here’s the full list of Big Ten NBA draft early entrants along with their status: