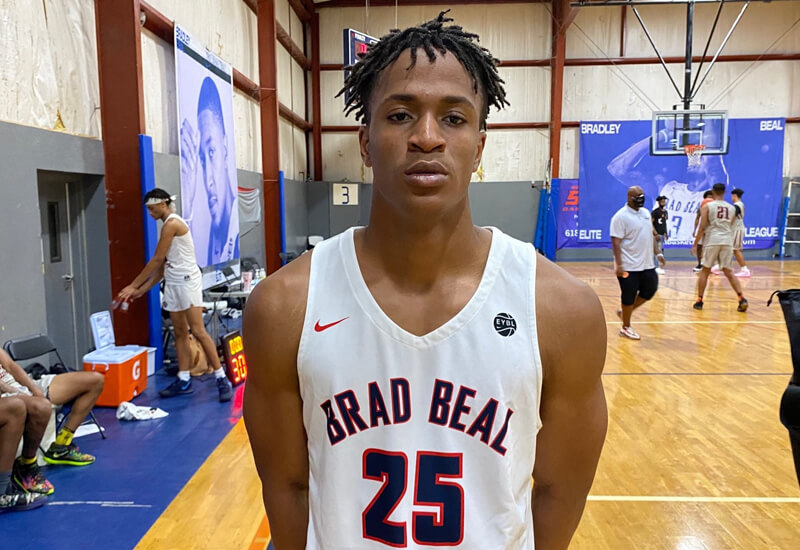 The four-star wing added scholarship offers from five schools and was contacted by more than 20 schools on the first day college coaches could reach out to rising juniors.

Glenn’s father, Vic, told Inside the Hall on Wednesday that the contact began at midnight and didn’t slow down as the day wore on.

“It was pretty exciting. It started promptly at 12 a.m. That was surprising because I also played sports and got recruited, so it’s kind of different to see how it works now,” Vic Glenn said. “We talked to coaches for about an hour after midnight, went to sleep and started the day all over again talking with coaches. I was excited for him to see him happy and smiling talking to these coaches.”

Indiana was one of the five schools to offer Glenn a scholarship on Tuesday along with Arizona State, Louisville, South Carolina and Wake Forest.

The next step in the process in getting to know more about the Indiana program could come with a campus visit.

That could happen as early as next week.

“We are trying to plan a visit to Indiana next week, I believe,” Glenn said. “We haven’t confirmed yet, but we’re shooting for next week.”

In addition to the five offers he picked up on Tuesday, Kaleb Glenn previously held scholarship offers from Cincinnati, Iowa State, West Virginia and Western Kentucky.

Last season, which was shortened due to the COVID-19 pandemic, saw Glenn average 20.5 points and 12.6 rebounds as Male finished 8-3. The Bulldogs, traditionally one of the top programs in the state of Kentucky, had several games canceled due to COVID-19 after the start of its season was delayed until February 2.

Male lost to Louisville Manual 68-62 in overtime in the 7th region tournament on March 24.

“I think he got a lot out of it,” Vic Glenn said. “It let him know that basketball can be stopped at any time, for whatever reason. You have to go out and enjoy each moment that you’re able to play. Everything is bigger than basketball. But with the 11 games, he was on an awesome track to put up some good numbers and they had to sit out for two weeks and come back and it kind of went downhill from there.”

Glenn is rated the No. 66 player nationally in the latest Rivals.com rankings for the 2023 class and No. 44 according to 247Sports.