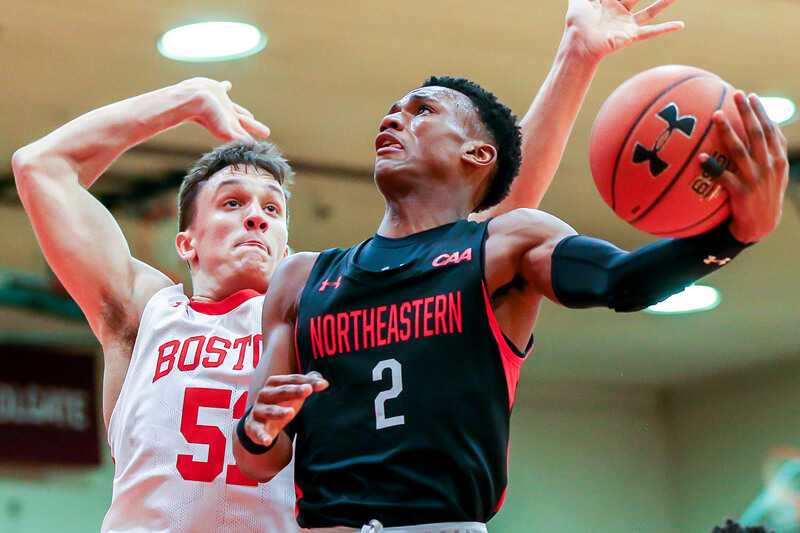 The NCAA’s decision to allow a one-time transfer without the penalty of sitting out has created a defacto free agency period in college basketball.

In future seasons, the deadline for a player to complete a transfer and play immediately at their new school will be May 1, but the timing of the rule being enacted pushed the deadline to July 1 for this year.

Coupled with the May 30 deadline to enter the NBA draft and the July 7 deadline to withdraw, a wild offseason for roster turnover is going to continue into the summer.

Here’s a look at how each Big Ten program has been impacted so far by the transfer portal:

The Illini had one of the biggest losses to the portal of any team in the conference when Adam Miller opted to leave for LSU. Miller, a former five-star prospect, would have taken on an even bigger role next season in Champaign with the departure of Ayo Dosunmu to the NBA. But the portal hasn’t been all bad news for Brad Underwood, who picked up 6-foot-10 Omar Payne from Florida and guard Alfonso Plummer from Utah from the portal. Payne averaged 3.8 points and 3.2 rebounds per game last season for the Gators while Plummer averaged 13.6 points for the Utes and shot 38.3 percent on 3s.

A coaching change always has an impact on player movement and with the firing of Archie Miller and subsequent hiring of Mike Woodson, there’s been plenty of changes in Bloomington. On the departure side, the Hoosiers lost Al Durham Jr. to Providence, Joey Brunk to Ohio State and Armaan Franklin to Virginia. Of those three losses, Franklin is easily the most significant. Woodson, however, was able to soften the blow of those losses by adding Pittsburgh transfer Xavier Johnson and Northwestern transfer Miller Kopp. Johnson figures to be a major backcourt addition who will bring athleticism and play-making ability and Kopp brings floor spacing and plenty of experience in the Big Ten.

It’s been a tough offseason for Fran McCaffery, who lost a pair of rotation regulars to transfer in Jack Nunge and CJ Fredrick. Nunge was often injured but was effective when he did play. And Fredrick is a dead-eye shooter who was a starter last season. Nunge transferred to Xavier while Fredrick landed at Kentucky. Thus far, Iowa has added just one player from the portal in North Dakota big man Filip Rebraca. The 6-foot-9 Serbian forward averaged 16.8 points and 7.6 rebounds last season and will likely take some of the minutes vacated by Luka Garza.

Despite landing a contract extension, Mark Turgeon has been faced with plenty of attrition this offseason. Four scholarship players entered the transfer portal in Jairus Hamilton, Darryl Morsell, Chol Marial and Aquan Smart. Marial is headed to Oregon State and Smart will play next at Florida International. Morsell is also testing the NBA draft waters but is a key loss for the Terps if he leaves for another school or stays in the draft portal. The Terps have added a trio of scholarship newcomers from the portal so far in Fatts Russell from Rhode Island, Qudus Wahab from Georgetown and Ian Martinez from Utah. The 5-foot-10 Russell averaged 14.7 points, 4.5 rebounds and 4.5 assists at Rhode Island while Wahab, a 6-foot-11 center, averaged 12.7 points and 8.2 rebounds for the Hoyas last season.

The transfer portal hasn’t had much impact in Ann Arbor as the Wolverines haven’t had a player leave via transfer yet. On the addition side, Juwan Howard added Coastal Carolina guard DeVante’ Jones, who averaged 19.3 points, 7.2 rebounds and 2.9 assists last season in the Sun Belt Conference.

The Spartans currently have two players in the portal in guards Rocket Watts and Foster Loyer while big man Thomas Kithier transferred to Valparaiso. While all three players were in the rotation last season for Tom Izzo, a stellar incoming recruiting class coupled with a strong returning nucleus should soften the blow of those departures. Michigan State added guard Tyson Walker from Northeastern, who is likely to play a major role in East Lansing. The New York native averaged 18.8 points, 4.8 assists, 2.9 rebounds and 2.4 steals last season for the Huskies and should compete for a starting role for the Spartans.

It’s been a bumpy start for Ben Johnson in Minneapolis. The Gophers have lost seven guys via transfer so far and have a pair of players in the portal in Marcus Carr and Brandon Johnson. Minnesota has made several additions from the transfer portal, but none of them are coming from the high major level. Currently, Minnesota has the following players arriving next season via transfer: Jamison Battle (from George Washington), Luke Loewe (from William & Mary), E.J. Stephens (from Lafayette), Sean Sutherlin (from New Hampshire), Payton Willis (from College of Charleston) and Parker Fox (from Northern State).

The Huskers have three players currently in the portal with two already departed in Yvan Ouedraogo (to Grand Canyon) and Teddy Allen (to New Mexico State). But Fred Hoiberg has used the portal to help bolster his roster as C.J. Wilcher arrives from Xavier and Keon Edwards is in the fold via DePaul. Neither player logged many minutes last season as freshmen, but Hoiberg has a pretty good track record with transfers and both players should help with Nebraska’s guard and wing depth.

Chris Collins has struggled to keep Northwestern competitive in the Big Ten and the Wildcats lost Anthony Gaines to Siena and Miller Kopp to Indiana so far this offseason. Thus far, Northwestern has added just one player from the portal in Elyjah Williams, who averaged 13.9 points and 7.6 rebounds last season at Farleigh Dickinson. A native of Evanston, Williams shot 42 percent on 3s last season for the Knights.

The Buckeyes have only lost one player from the portal so far as Bloomington native Musa Jallow departed for Charlotte. Chris Holtmann added frontcourt depth from another Big Ten school with the addition of Indiana transfer Joey Brunk and also solidified his point guard rotation with Penn State’s Jamari Wheeler, who is an outstanding defender.

Six players, including guards Jamari Wheeler, Myreon Jones and Izaiah Brockington, have departed State College via transfer following the coaching change to Micah Shrewsberry this season. The Nittany Lions have added two transfers so far in Jalen Pickett from Siena and Jaheam Cornwall from Gardner-Webb. Pickett, a 6-foot-4 guard, averaged 12.9 points, 6.3 rebounds and 4.8 assists last season for the Saints while Cornwall, a 6-foot guard, averaged 14.1 points, 3.8 assists and 3.2 rebounds last season for the Bulldogs.

It’s been a quiet offseason in West Lafayette as the Boilermakers lost Aaron Wheeler to St. John’s and Emmanuel Douwouna to Tennessee State. Purdue is the only Big Ten school that hasn’t added a transfer to this point.

The Scarlet Knights have been stung by the portal with Myles Johnson heading to UCLA and Jacob Young still in the portal. Montez Mathis also left for St. John’s. Aundre Hyatt, a 6-foot-6 guard who is a native of the Bronx, arrives via LSU, where he averaged 4.2 points and 3.2 rebounds per game.

Greg Gard has lost three players via transfer so far and big man Nate Reuvers is currently in the portal, but could also opt for a professional career. Wisconsin was able to dip into the portal to add Jahcobi Neath from Wake Forest. Neath, a 6-foot-3 guard from Toronto, averaged 3.8 points, 1.8 rebounds and 1.7 assists last season for the Demon Deacons. Over the weekend, Wisconsin added Cincinnati transfer Chris Vogt, who averaged five points and 3.5 rebounds for the Bearcats last season. The Badgers also added Isaac Lindsey from UNLV and he’ll be a preferred walk-on in Madison.