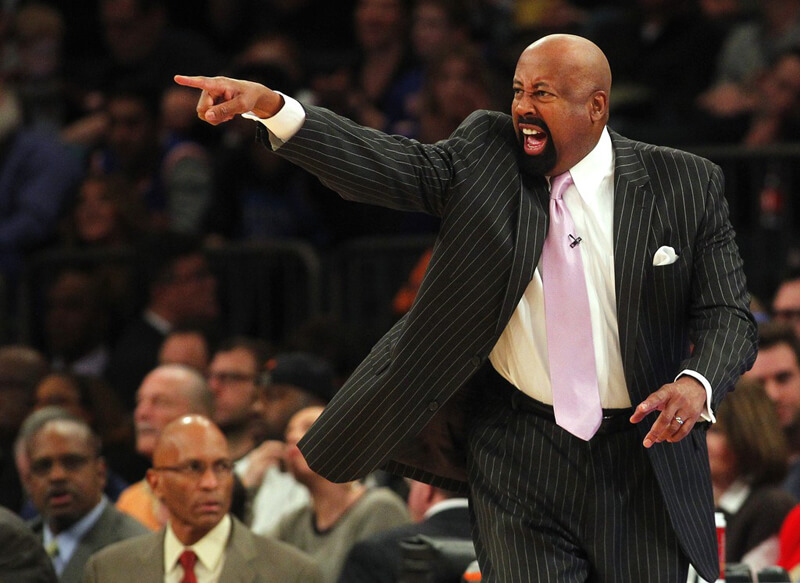 Indiana is close to a deal with Mike Woodson to become the 30th head coach in school history, Inside the Hall has learned.

Rick Bozich of WDRB.com was the first to report that Woodson had emerged as a leading candidate for the job on Sunday afternoon.

The two sides are believed to be close to a deal that would bring Woodson, a current assistant coach with the New York Knicks, back to Bloomington.

Update: The deal with Woodson is now official:

In addition, former Ohio State coch Thad Matta will be hired at Indiana University as associate AD for men’s basketball administration under Scott Dolson, according to a source. Gregg Doyel of The Indianapolis Star was the first to report that news.

Woodson, a Broad Ripple product, starred for Indiana from 1976-80 under Bob Knight and went on to be selected No. 12 in the 1980 NBA draft by the New York Knicks.

A 6-foot-5 guard, Woodson finished his career in Bloomington with 2,062 points and led the Hoosiers to a 1979 NIT championship and a Sweet Sixteen appearance in 1980. He was named the Big Ten’s most valuable player in 1980 and in 2010 was recognized for his storied high school and collegiate career with an induction to the Indiana Basketball Hall of Fame.

Following his playing career, Woodson began his career in coaching as an assistant with the Milwaukee Bucks. From there, Woodson had stints as an assistant coach with Cleveland, Philadelphia and Detroit before landing his first head coaching position with the Atlanta Hawks in 2004.

Over six seasons in Atlanta, the Hawks went 206-286 under Woodson, but won 47 and 53 games, respectively, over his final two seasons. In each of his last two seasons, Atlanta won a playoff series under Woodson. Following the 2009-10 season, the Hawks opted not to renew Woodson’s contract.

Woodson was subsequently hired by the Knicks as an assistant and he took over the Knicks head coaching job on an interim basis in March of 2012 when Mike D’Antoni resigned from the position. Despite the awkward timing of the move, Woodson guided the Knicks to an 18-6 record to close out the 2011-12 season. Following a first-round loss to Miami in the 2012 playoffs, Woodson was named the permanent head coach of the Knicks.

In the 2012-13 season, Woodson coached the Carmelo Anthony led Knicks to a 54-28 record and an Atlantic Division title. The Knicks advanced to the Eastern Conference semifinals, where they fell to the Indiana Pacers.

The Knicks struggled in the 2013-14 season, missed the playoffs and Woodson was dismissed from his position in April at the conclusion of the regular season. Since his dismissal in New York, he has had worked as an assistant coach with the Los Angeles Clippers (2014-2018) and the Knicks, where he currently works under Tom Thibodeau.

The 63-year old Woodson was one of several former Knight players who were at Assembly Hall in February 2020 for the legendary coach’s first public appearance at the university since his dismissal in 2000.