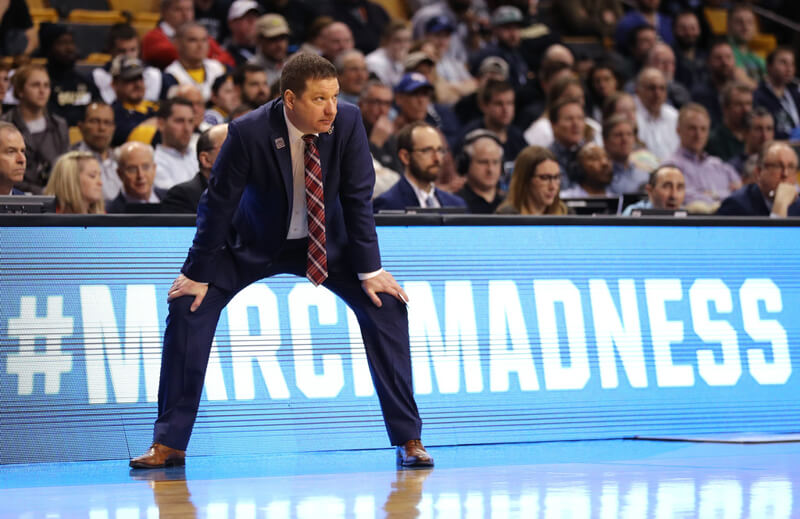 Inside the Hall will profile many of the candidates being discussed for the job over the coming days. Our first profile takes a look at Texas Tech coach Chris Beard.

The work Chris Beard has done with the Texas Tech program is remarkable.

The 2019 Associated Press national coach of the year, Beard guided the Red Raiders to an appearance in the 2019 national championship game.

Beard took over the Texas Tech program in 2016 when Tubby Smith departed for Memphis and quickly got to work turning the Red Raiders around. By season two in Lubbock, the 48-yead old Beard guided Texas Tech to the Elite Eight. The following season, Texas Tech fell to Virginia 85-77 in overtime in the national championship game.

Last season, Texas Tech was likely going to make the NCAA tournament once again before the season was canceled due to the COVID-19 pandemic. The Red Raiders are back in March Madness this season as a No. 6 seed and will play Utah State on Thursday at Simon Skjodt Assembly Hall.

Beard’s roots as a coach have strong ties to legendary Indiana coach Bob Knight. Beard joined the Texas Tech program in 2001 and was an assistant coach under Knight for seven seasons. After Knight’s retirement, Beard served as an associate head coach Pat Knight for three seasons. Given his strong relationship with the Knight family, there’s no doubt that Beard has a strong understanding of what basketball means in the state of Indiana.

A 1995 graduate of the University of Texas at Austin, Beard earned a Masters Degree in 1998 in education from Abilene Christian.

In order to pry Beard away from Texas Tech, it will take a major monetary commitment. Following the 2019 national championship game appearance, the Red Raiders made Beard the third highest-paid coach in the country with a six-year, $27.45 million contract extension.

His buyout is currently $2.5 million if he accepts a job in the NBA or at another NCAA Division I institution not located in the state of Texas or the Big 12 Conference. That number falls to $2 million on April 1. According to Beard’s bio on the Texas Tech site, he has three daughters: Avery, Ella and Margo.

Beard’s teams have consistently played defense that ranks in the top 25 nationally according to Ken Pomeroy’s adjusted defensive efficiency metric. Over the last four seasons, the Red Raiders have ranked fourth, first, ninth and 24th nationally defensively, according to KenPom.

In addition to his success on the court, Beard has also done an excellent job engaging students at Texas Tech and building a brand and identity for the program. His “fireside chats” have been a hit on social media and YouTube and he has a personality that would be a departure from the serious tone Archie Miller struck over the last four seasons.