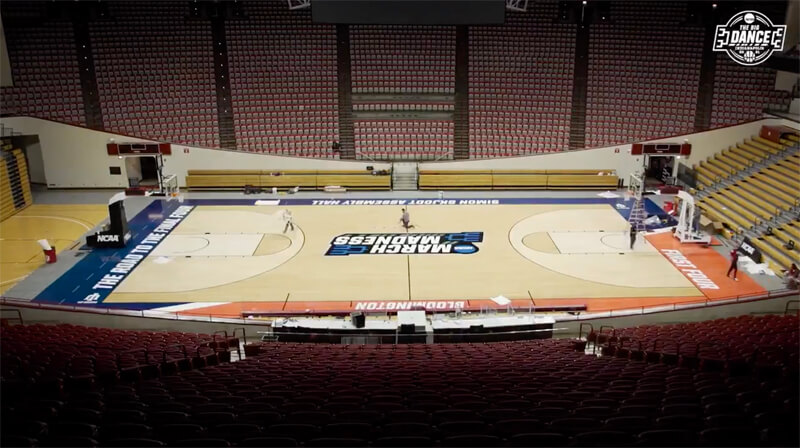 Indiana’s Simon Skjodt Assembly Hall is one of six host sites for the 2021 NCAA tournament, which will be held exclusively in the Hoosier state.

Late Sunday night, the NCAA announced the schedule and tip times for the first four and first round games which will be held Thursday, Friday and Saturday. Second round games will take place on Sunday and Monday and those tip times and venues will be finalized upon the completion of the first round.

Assembly Hall will host two first four games and four first round games and here are the complete details of each of those contests:

There are several Indiana tie-ins for the games that will be played on Branch McCracken Court. Houston is coached by former IU coach Kelvin Sampson, who was fired in 2008. LSU is led by sophomore forward Trendon Watford, the younger brother of former IU standout Christian Watford.

Texas Southern was the former home of Indiana coach Mike Davis, who led that program to four NCAA tournament appearances. Virginia is coached by Tony Bennett, the brother of former IU women’s coach Kathi Bennett. And Texas Tech is led by Chris Beard, who spent ten years coaching under Bob Knight and Pat Knight in Lubbock.

As announced last month, Indiana will only allow up to 500 fans to attend the games in Bloomington:

After conversations between the NCAA and the Indiana University Medical Response Team, Indiana University plans to welcome up to 500 spectators for the 2021 NCAA Men’s Basketball Championship games played at Simon Skjodt Assembly Hall March 18-20.

Indiana University’s plan, based on recommendations from the Medical Response Team, is consistent with the attendance policy at Simon Skjodt Assembly Hall during the 2020-2021 basketball season permitting immediate family members of participating players and staff members to attend the games. A limited number of seats will also be available for vaccinated medical personnel and first responders from Monroe County.

The full list of 2021 NCAA tournament tip times is available here and the complete bracket is posted below: 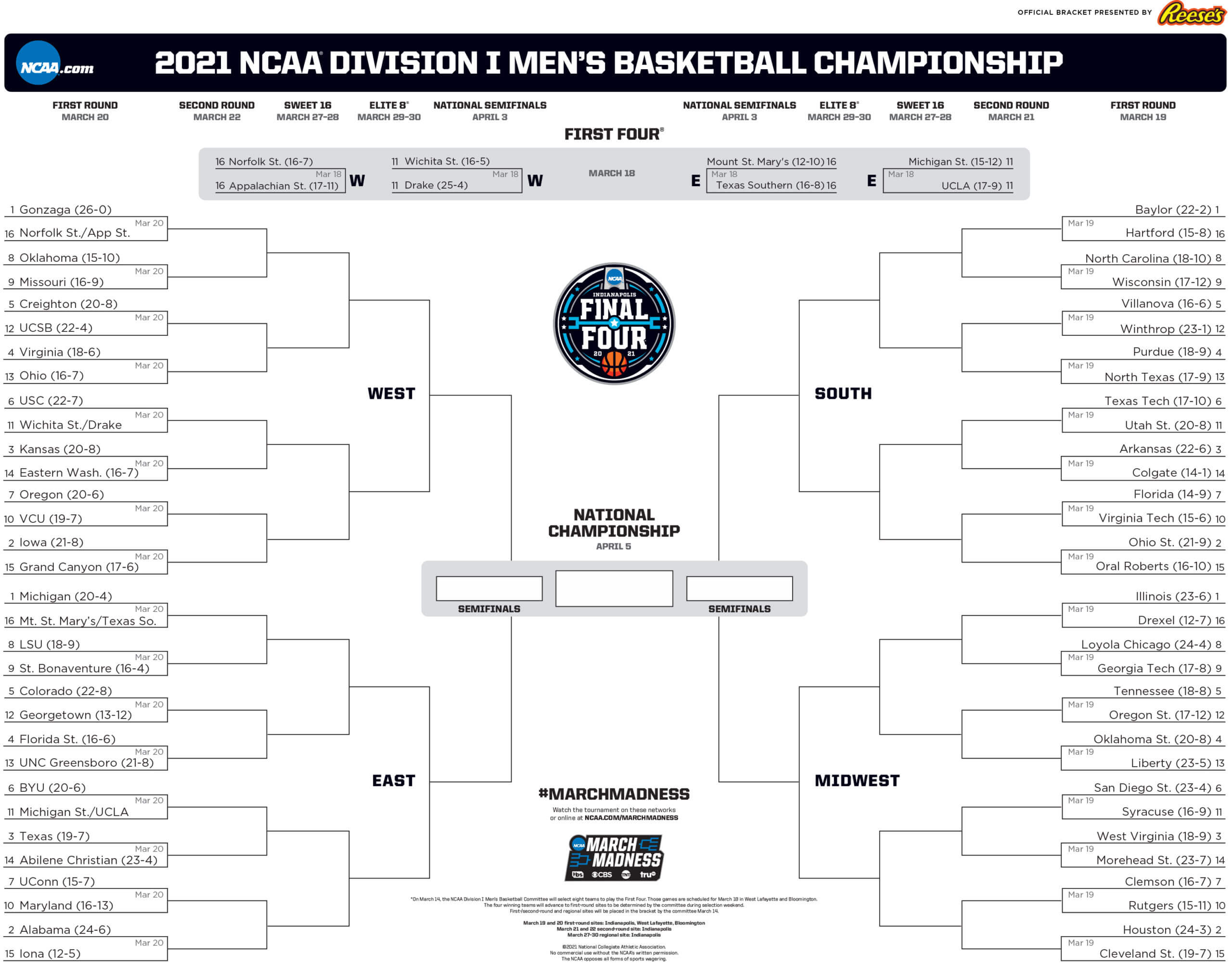