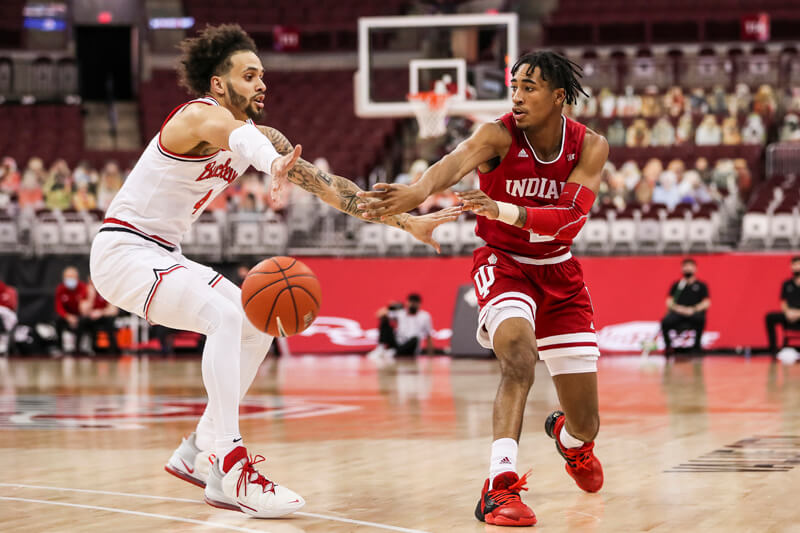 How it happened: The Hoosiers got off to a slow start on Saturday afternoon at Value City Arena and dug themselves a hole they never escaped. Indiana led 6-2 early on a pair of 3-pointers by Armaan Franklin and Al Durham Jr., but Ohio State answered with a 19-0 run. The Buckeyes would never relinquish the lead the rest of the afternoon.

The difference was Indiana’s inability to take care of the ball and stop Ohio State on the offensive glass. The Hoosiers turned it over 15 times, which led to 21 points for Ohio State. The Buckeyes also grabbed 41 percent of their missed shots and scored 20 second-chance points. The loss, Indiana’s seventh in Big Ten play, only amplifies the importance of two home games next week against Minnesota and Michigan State.

Standout performer: Despite another shaky start, Trayce Jackson-Davis turned in a solid afternoon with 23 points and nine rebounds. Jackson-Davis was 10-of-14 from the field.

Statistics that stands out: Indiana shot just 45.7 percent on 2s and allowed Ohio State to score 1.22 points per possession. That’s the most an opponent has scored against the Hoosiers this season. Indiana is now 1-6 against Ohio State under Archie Miller.