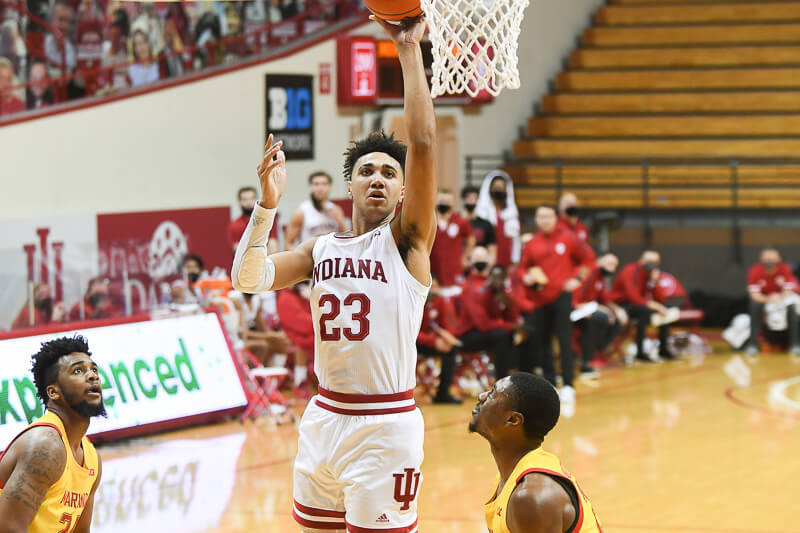 Quick thoughts on a 63-55 win over Maryland:

How it happened: Things looked bleak for Indiana through the first 25 minutes. The Hoosiers trailed 37-27 with 15:14 to play in the second half after Maryland’s Aaron Wiggins swished a 3-pointer. With Armaan Franklin on the sidelines due to an ankle injury, Indiana’s offense was stuck in neutral.

But the Hoosiers, to their credit, didn’t quit. They kept defending a Maryland team that started to look fatigued. And Indiana started to find some rhythm offensively. By the 11:29 mark, Indiana led 41-40 on a Rob Phinisee layup. Maryland’s offense continued to sputter over the game’s final 10 minutes as Trayce Jackson-Davis hit his stride offensively. Jackson-Davis scored 17 of his game-high 22 points in the second half to propel Indiana to its second Big Ten victory.

Statistic that stands out: After failing to hold its first three Big Ten opponents under a point per possession, Indiana stifled the Terrapins defensively. Maryland scored just .85 points per possession, the second-lowest output of the season for the Terps.