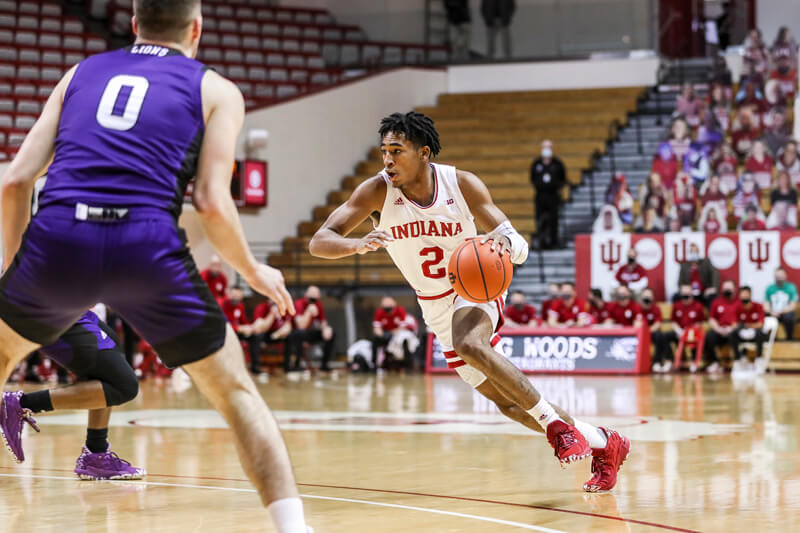 Quick thoughts on an 87-52 win over North Alabama:

How it happened: A shaky first half didn’t inspire confidence that Indiana would turn in a positive performance in its Sunday matinee at Assembly Hall. The Hoosiers shot just 4-of-13 from behind the arc, turned it over 11 times and managed just .91 points per possession in the first half against lowly North Alabama. The second half, however, was a different story. Indiana still had far too many turnovers, but its ball movement around the perimeter against North Alabama’s zone was sharp and it resulted in a lot of in-rhythm looks. Indiana dropped in nine triples in the second half and the defense continued to look elite in an easy win. It was the final tuneup for the Hoosiers, who will now play all of their remaining 21 scheduled games against high major competition.

Standout performer: Sophomore Armaan Franklin scored 14 of his game-high 19 points in the second half and also added five assists, four rebounds, three steals and a blocked shot in 23 minutes.

Statistic that stands out: Indiana entered the game shooting 28.8 percent on the season on 3s, but knocked in 13-of-33 on Sunday afternoon (39.4 percent).