What to expect: Florida State 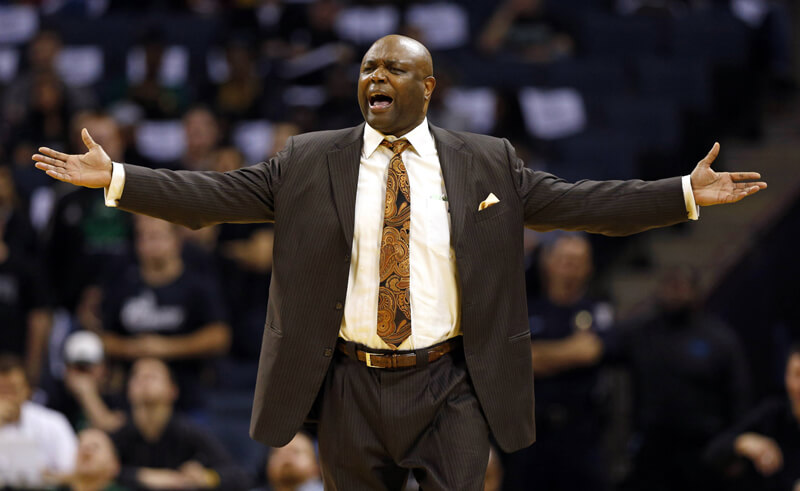 Indiana will face a fourth straight opponent from a power conference when it meets Florida State on Wednesday night in the Big Ten-ACC Challenge. The Seminoles have played just one game, an 86-58 beatdown of North Florida on Dec. 2.

Wednesday’s game will tip at 7:15 p.m. ET on ESPN with Dave O’Brien and Jay Bilas on the call:

The road doesn’t get any easier for Indiana following a third-place finish in last week’s Maui Invitational in Asheville. The Hoosiers are only scheduled to play two of their seven non-conference games in Bloomington and Wednesday’s game is a rematch of last season’s Big Ten-ACC matchup against Florida State.

The Seminoles lost a pair of underclassmen in Devin Vassell and Patrick Williams to the NBA draft lottery, but return a solid nucleus from a team that finished 26-5 before last season was shut down due to the COVID-19 pandemic. In addition, Leonard Hamilton reloaded on the recruiting trail with five-star guard Scottie Barnes, who took over the point guard duties following the graduation of Trent Forrest.

With two wins already secured against teams in the top 75 of the KenPom ratings, the Hoosiers will look for another boost to their resumé against one of the nation’s best defensive programs year-in and year-out.

In their season-opening win over North Florida, Hamilton went with a starting lineup that consisted of 6-foot-5 MJ Walker, 6-foot-6 Anthony Polite, the 6-foot-9 Barnes, 6-foot-8 Raiquan Gray and 7-foot-1 Balsa Koprivica. Like most of Hamilton’s teams in Tallahassee, this year’s version of the Seminoles will go ten (or more) deep. In the season opener, ten different guys played 11 minutes or more.

Barnes is the headliner on the roster and dished out six assists in 24 minutes last week in his college debut. The No. 7 player nationally in the 2020 class, Barnes possesses excellent court vision and can guard multiple positions. His size as one of Florida State’s primary ball handlers will be a challenge for Indiana’s guards.

Walker, who averaged 10.6 points last season, is the team’s leading returning scorer. The senior guard scored a team-high 17 points in the season opener and shot 36.1 percent on 3s as a junior. The left-handed Polite, another senior, is one of the teams best backcourt defenders and knocked down better than 35 percent of his 3s last season.

Guards Rayquan Evans, Sardaar Calhoun and Wyatt Wilkes will also figure into the backcourt rotation that Hamilton will deploy on Wednesday night. Evans, a senior returnee and Calhoun, a junior newcomer, were both signed from the junior college ranks. Evans played backup minutes behind Forrest last season and is now backing up Barnes at the point. Calhoun knocked down a pair of 3-pointers in the season opener and the 6-foot-8 Wilkes made 38 percent of his 3s last season.

Up front, Koprivica and Gray provide shot blocking ability and size to disrupt shots at the rim. Junior Malik Osborne, who is 6-foot-9, also figures to play an important part in the rotation. Osborne started often last season, but came off of the bench in the season opener. Osborne averaged six points, 4.9 rebounds and shot 36.2 percent on 3s last season. Hamilton also has additional center depth in the form of 7-foot-1 senior Tagor Ngom and 6-foot-11 freshman Quincy Ballard.

• Defensive rebounding: Archie Miller has been emphasizing rebounding early this season and it will be paramount to success on Wednesday night. Florida State was the 31st best offensive rebounding team in the country last season and will look to use its size to capitalize on second-chance opportunities in the paint. The Seminoles rebounded 47.2 percent of their misses in their season opener against North Florida. If Indiana can’t hold its own on the defensive glass, it could be a long night in Tallahassee.

• Take care of the ball: Florida State was seventh nationally last season in turning its opponents over and defensive pressure is a staple of Hamilton’s best teams. The Hoosiers turned it over on 26.1 percent of their possessions last season against Florida State, but overcame those mishaps due to an extraordinary shooting performance from Devonte Green, who knocked down five 3-pointers. This will be Rob Phinisee’s first time facing Florida State’s pressure as he missed last season’s game due to injury. Phinisee is coming off of a five turnover performance against Stanford, which Indiana can’t afford to have repeated on Wednesday.

Indiana does have the advantage of already having four games under its belt compared to just one for Florida State. Typically by this time in the season, teams have played secret scrimmages, exhibitions and seven or eight regular season games. But this year in college basketball is anything but typical.

On Florida State’s side of things, there’s still a lot for Hamilton to learn about his rotations, which combinations work best together and basic things that would have already been figured out by this point of the season. For Indiana, it will be the first and perhaps only time this regular season the Hoosiers will play in front of fans. Florida State had 2,720 in attendance for the opener and should have a similar number of fans on Wednesday.