At the buzzer: Indiana 89, Tennessee Tech 59 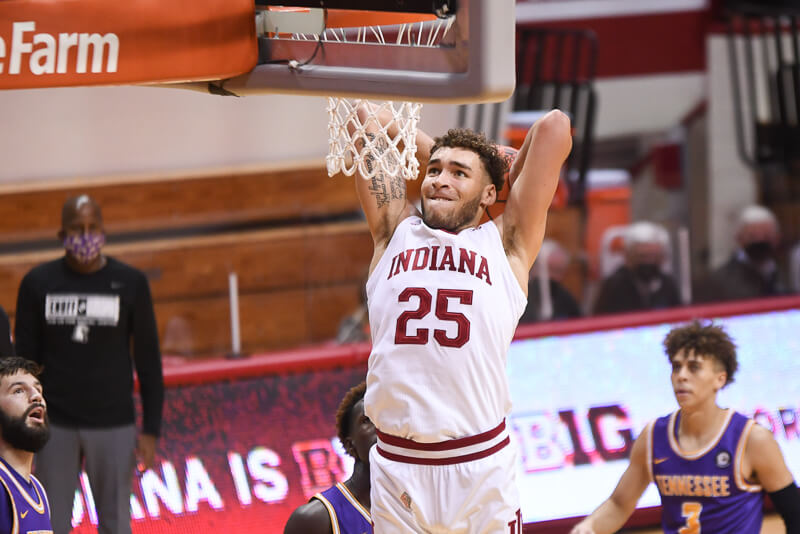 Quick thoughts on an 89-59 win over Tennessee Tech:

How it happened: On his pregame radio show interview with Don Fischer, Archie Miller said his team completed 28 or 29 practices leading up to the season. Wednesday’s matchup against low major Tennessee Tech was Indiana’s first and only chance to get a warmup game before next week’s Maui Invitational in Asheville. In a normal season, the Hoosiers would have played a closed scrimmage and two exhibitions before opening the regular season, but the COVID-19 pandemic eliminated those opportunities. So it shouldn’t have been much of a surprise that Indiana very much looked like a team that is going to need time to hit its stride this season. The start on Wednesday was rocky as the Hoosiers led just 20-17 at the 10:17 mark of the first half before finishing the half on a 28-2 run to put the game away. From there, Indiana cruised to a victory against a Tennessee Tech team that was missing two of its top three returning players due to COVID-19 protocols.

Standout performer: After a slow start, sophomore Trayce Jackson-Davis looked the part of a preseason All-American. The Center Grove product finished with game-highs of 26 points and 11 rebounds. His size and athleticism was too much for the overmatched Golden Eagles in the paint and Jackson-Davis also stepped out and knocked down a long jump shot, which is something he didn’t do very often in his first season.

Statistics that stands out: On the positive side of the ledger, Indiana dished out 22 assists and committed just eight turnovers. Its final turnover percentage was just 11. The shooting performance from the free throw line and from beyond the 3-point line – areas of struggle for most of the Miller era – were underwhelming. Indiana shot just 45.5 percent from the line and 26.3 percent from the 3-point line. Those are numbers the Hoosiers can’t afford once the schedule toughens up next week.