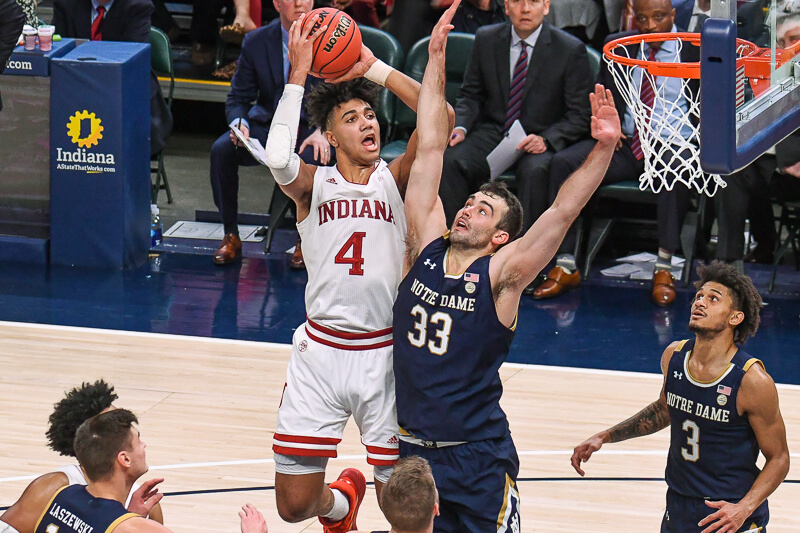 Indiana sophomore Trayce Jackson-Davis has been named to the 20-man watch list for the 2020-2021 National Association of Basketball Coaches (NABC) player of the year, it was announced on Monday afternoon.

Other Big Ten players on the watchlist include Ayo Dosunmu of Illinois and Iowa’s Luka Garza. Here’s the full release from the NABC:

KANSAS CITY, Mo. – The National Association of Basketball Coaches on Monday announced the preseason watch list for the 2021 NABC Division I Player of the Year powered by ShotTracker.

The 2021 NABC Division I Player of the Year award will be announced during the 2021 AT&T NABC Guardians of the Game Awards Show, which takes place alongside the NABC Convention and Final Four. Former Dayton standout Obi Toppin won the award last season.