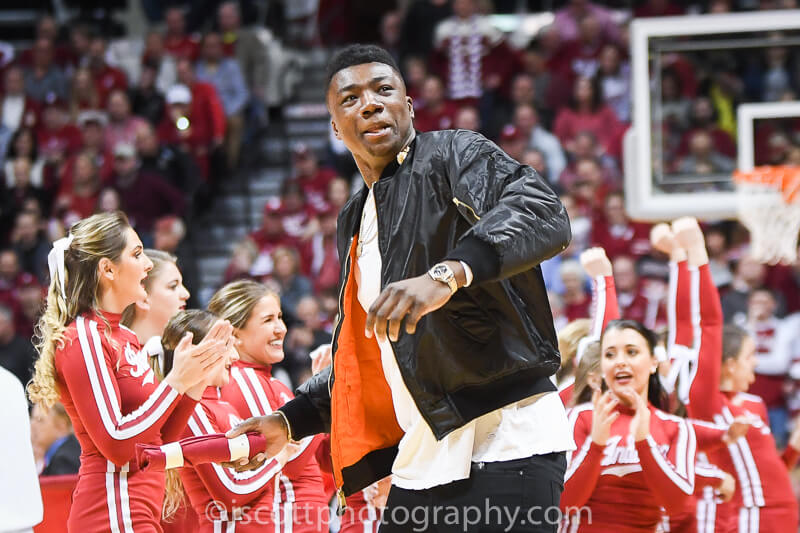 According to report late Thursday night, former IU big man Thomas Bryant did not travel with the Washington Wizards to Orlando for the restart of the NBA season due to a positive COVID-19 test.

Garrison Mathews, Thomas Bryant and Gary Payton did not travel with the Wizards to Orlando, per sources. Mathews for personal reasons. Bryant and Payton have tested positive for the coronavirus.

The Wizards are scheduled to begin play in Orlando on Friday, July 31 at 4 p.m. ET against the Phoenix Suns.

Bryant, 22, is in the first year of a three-year contract extension he signed last summer worth a total of $25 million.

Earlier this month, Bryant told The Athletic that a stress fracture he dealt with in December and January was “100 percent healed”.

Bryant has been one of the most valuable pieces in the frontcourt for the Wizards this season with averages of 12.1 points and 6.8 rebounds in 23.7 minutes per game. He’s shooting 59.9 percent from the field and 40.7 percent from beyond the 3-point line.

The Wizards are currently in ninth place in the Eastern Conference standings and are not expected to make the playoffs. The team’s top player, Bradley Beal, is sitting out the restart as is another key contributor, Davis Bertans.