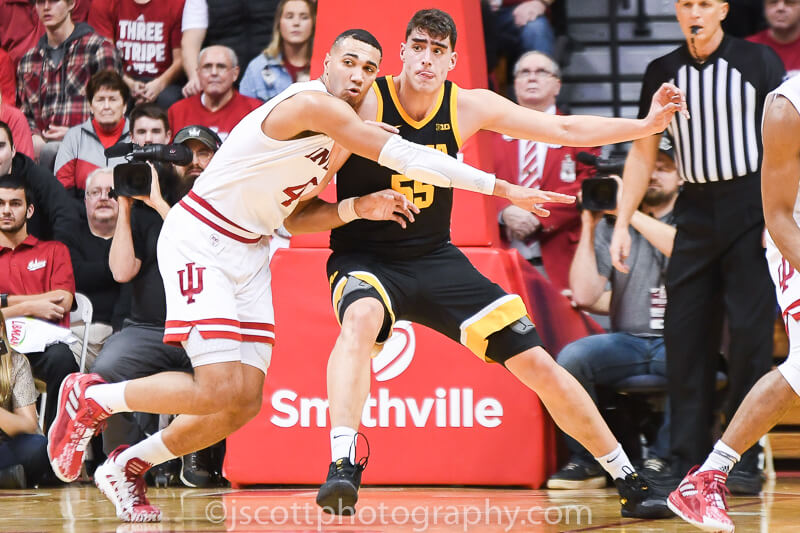 With the NBA draft early entry deadline now past us and transfer activity continuing around the country, it’s time for an updated look at who is coming and going in the Big Ten for the 2020-21 season.

(Note: This is the second post in a series that will be updated multiple times in the coming months. In most instances, only scholarship players are included. If we missed anything, please email corrections to [email protected] or post in the comments.)

Notes: Since our last update, Dosunmu put his name into the NBA draft and all indications are that he will keep his name in. In addition, Adam Miller went from commit to signee as he inked his National Letter of Intent.

Notes: Indiana had roster attrition since our first update as sophomore forward Damezi Anderson put his name into the transfer portal.

Notes: After testing the NBA draft waters following his freshman season, Joe Wieskamp opted to skip that process this spring and will be back in Iowa City for his junior season.

Notes: Maryland lost a frontcourt rotation player in Joshua Tomaic to the transfer portal since our first update.

Notes: Michigan lost the top player in its recruiting class, Isaiah Todd, to the NBA G-League and also missed out on five-star shooting guard Josh Christopher, who chose Arizona State. In better news for the Wolverines, Franz Wagner confirmed his intentions to return to Ann Arbor for his sophomore season.

Notes: Sunday brought news for the Spartans as Aaron Henry put his name into the NBA draft without hiring an agent.

Notes: Minnesota’s success next season will be highly dependent on Carr returning to school rather than staying in the draft. If he stays in, the Gophers are likely looking at another bottom three Big Ten finish.

Notes: Nebraska had its fifth transfer of the offseason recently as freshman Kevin Cross put his name into the portal.

Notes: Freshman Jared Jones became the first underclassmen to leave Evanston this offseason as he put his name into the transfer portal recently.

Notes: The Buckeyes have lost a ton of talent this offseason as DJ Carton, Alonzo Gaffney and Luther Muhammad have all opted to transfer and the departure of the Wesson brothers.

Notes: After being a lock to make the NCAA tournament this season, it’s likely back to the bubble (or worse) for the Nittany Lions next season.

Notes: Nojel Eastern is testing the NBA draft waters, but is expected to return to West Lafayette.

Notes: Will the Scarlet Knights be able to protect their home floor again next season? If so, the talent is here to get to the NCAA tournament.

Notes: The Badgers will likely enter the 2020-21 season as the favorite to win the conference.