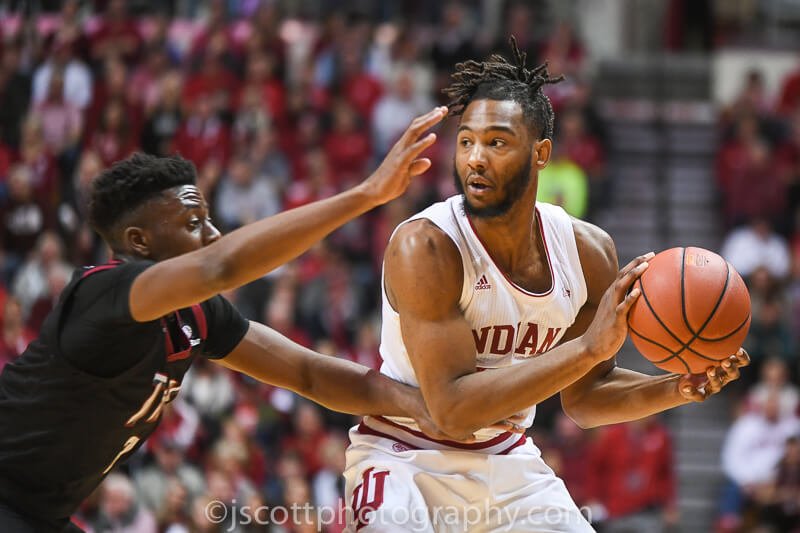 Anderson, a 6-foot-7 forward, averaged 2.1 points over 39 games in two seasons in Bloomington. He shot just 29.9 percent from the field and 22.9 percent from behind the 3-point line.

A four-star recruit out of South Bend Riley, Anderson was the No. 124 player nationally in the 247Composite in the 2018 recruiting class.

Early in his sophomore season, Anderson made a case for minutes with a couple of strong offensive performances. Over the season’s first three games, Anderson scored 26 points and had a career-high 14 points in a win over Troy.

Those games, however, would be the high mark for his production in an IU uniform.

Once the Hoosiers got into the meat of the Big Ten schedule, Anderson played more than four minutes on just two occasions. In his final 12 games as a Hoosier, he scored a total of 15 points. He did not score in his final eight appearances of the season and missed all 11 3-point shots he attempted over that stretch.

According to Synergy Sports, Anderson was used on the fewest offensive possessions (71) of any IU player and had the lowest points per possession (0.718).

His departure leaves Indiana with two vacant scholarships for next season, but one of them could be filled by class of 2021 Evansville Reitz guard Khristian Lander, who is attempting to reclassify.