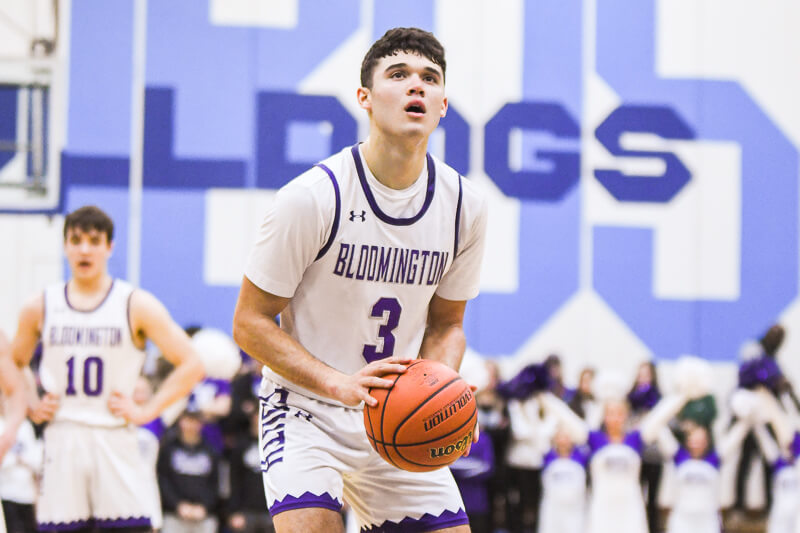 For the third straight year, Indiana’s Mr. Basketball is an IU signee.

According to the Star, Leal was named on 103 of the 236 ballots cast in the voting for the award.

Trey Galloway of Culver Academies was third in the voting behind Leal and Tony Perkins of Lawrence North.

The 6-foot-5 guard finished his career as Bloomington South’s all-time leading scorer and had the Panthers in prime position to compete for a Class 4A state championship this season. Bloomington South was 26-0 before the season was ended due to the COVID-19 pandemic.

In a recent interview with Inside the Hall, Leal discussed the disappointing ending to his final high school season.

“My initial reaction was just kind of shock,” he said. “I didn’t know how to react at first. But as it started to sink in, I realized that it was actually over and my high school career had ended. Obviously it was hard for me and I didn’t take it very well at first. But I’ve just been trying to see the bright side in and trying to see the good in everything that we were able to accomplish this season … going undefeated and having the success that we were able to have. I know it’s something that I’m going to look back at and be really proud of.”

As a senior, Leal averaged 18.2 points per game.

This is the first time in program history that Indiana has signed the state’s Mr. Basketball in three straight years. Romeo Langford, who is now with the Boston Celtics, was the 2018 Indiana Mr. Basketball and current IU forward Trayce Jackson-Davis won the award in 2019.

Leal and Galloway were both named Indiana All-Stars earlier in the week, but this year’s annual All-Star games against Kentucky have been canceled.

Leal, the 29th Indiana Mr. Basketball to sign with IU, has already graduated from Bloomington South and told Inside the Hall recently he continues to prepare for the next chapter in his basketball career despite all of the uncertainty surrounding college sports.

“Obviously the high school season is tough on your body, so I’ve tried to get some rest and recover before all of the summer workouts start over at IU,” he said. “I’ve been trying to take care of my body and get some shots up and try to stay as strong as I can with what I’ve been given. I’m taking my time and making sure my body is healthy because that’s going to be the most important thing whenever the summer sessions start to kick in.”