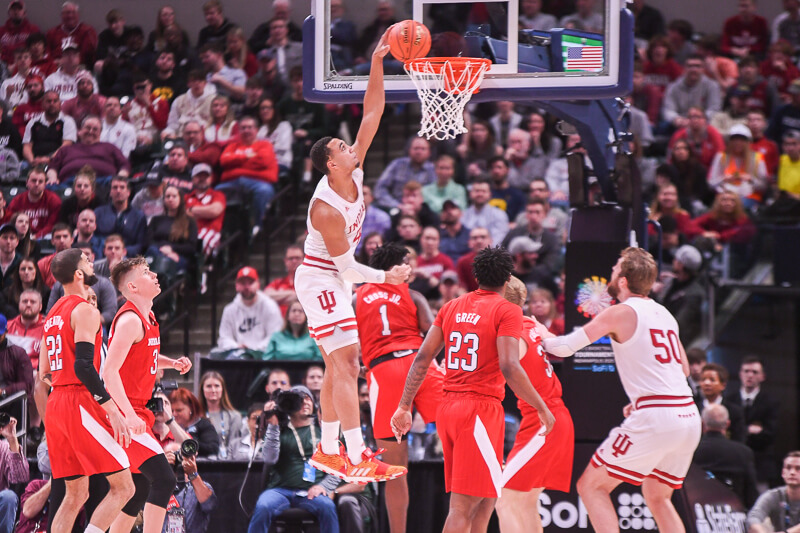 Quick thoughts on an 89-64 win over Nebraska:

How it happened: Nebraska brought the fight early on in Bankers Life Fieldhouse. In the last Big Ten game of the season that will be played in front of fans, the Cornhuskers led by six with 4:05 remaining in the first half. The Hoosiers were playing uninspired basketball and a dismal 12-22 Big Ten tournament record was top of mind for those who had seen this story before in the conference tournament. But Indiana closed the first half on a 16-1 run to grab a commanding nine-point halftime lead. And its stellar play would continue in the second half as the lead ballooned all the way to 21 points by 10:20 mark. Nebraska, with just seven scholarship players, would get no closer than nine the rest of the way as Indiana cruised to its 20th win and into a Thursday matchup against No. 6 seed Penn State. The Cornhuskers, meanwhile, finished the season with 17 straight losses and a 7-25 record in Fred Hoiberg’s first season in Lincoln.

Statistic that stands out: Against an undermanned and undersized Nebraska frontline, Indiana recorded a season-high 12 blocks.