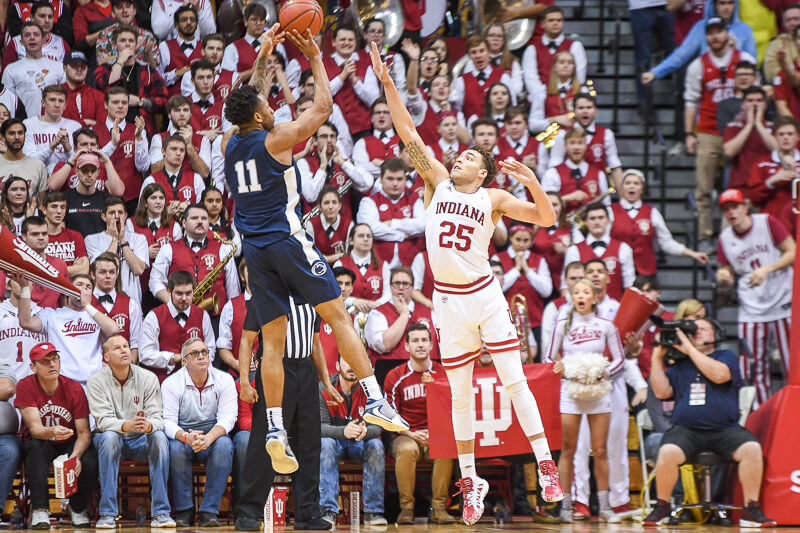 Only two weeks remain in the regular season, but the Big Ten title race is far from decided. Maryland had a shot to go three games clear of the rest of the field in the loss column, but lost 79-72 on Sunday at Ohio State. Maryland is still the favorite to win the league, but five teams are in the mix to grab a share of the title should the Terps falter down the stretch.

With just one win so far in 2020 and only three wins all season against power conference teams, things have hit rock bottom in Evanston. Northwestern is being outscored by .17 points per possession in league play and may end the season with 25 losses. If there’s any silver lining, it is that Chris Collins has been able to get his young players like Miller Kopp, Boo Buie, Robbie Beran, Pete Nance and Ryan Young plenty of minutes this season.

Like Northwestern, Nebraska is also in complete free fall mode with 11 straight losses. The Huskers have not won a game since beating Iowa at Pinnacle Bank Arena back on Jan. 7. Thursday’s loss to Michigan State produced a memorable moment, however, when Fred Hoiberg’s son, Jack, got the start in Lincoln as a walk-on for the Spartans.

The Golden Gophers needed to sweep their two games last week to keep their at-large NCAA tournament hopes alive, but failed to get the job done. Daniel Oturu, who has been one of the league’s best frontcourt players all season, was thoroughly outplayed by Indiana freshman Trayce Jackson-Davis in a 68-56 home loss to the Hoosiers on Wednesday. Minnesota bounced back with an easy win at Northwestern over the weekend, but the Gophers are looking at an NIT bid unless they can make a deep run in Indianapolis next month.

The Boilermakers looked to be in good position to nab an NCAA tournament bid after a 74-62 win at Indiana on Feb. 8, but haven’t won a game since. At 14-14 overall, the computer rankings still like Purdue, but this group is going to have serious work to do in the Big Ten tournament to get back on the right side of the bubble. After four straight losses, Thursday’s game against Indiana in Mackey Arena is a must win.

Indiana regained its footing last week with a pair of wins over Minnesota and Penn State. In both victories, the Hoosiers defended well, took care of the ball and got the ball to freshman Trayce Jackson-Davis. The freshman big man from Center Grove averaged 20 points and 13 rebounds last week and is firmly in the mix for the league’s freshman of the year award.

It might be time to hit the panic button in Piscataway. The Scarlet Knights, who appeared to be a lock to make the NCAA tournament, are faltering down the stretch. Michigan came into the RAC last Wednesday and handed Rutgers its first home loss of the season and the Scarlet Knights lost 79-71 at Wisconsin at Sunday. Rutgers probably only needs one more win in the regular season to stay on the right side of the bubble, but here’s the remaining schedule: at Penn State, Maryland at the RAC and at Purdue. If the Scarlet Knights lose out, the opening game in the Big Ten tournament could be pivotal.

Now winners of four straight, Wisconsin has taken advantage of a favorable schedule the last two weeks. Three of those four wins have come at the Kohl Center and the Badgers are now 10-6 in league play. A ho-hum non-conference resume will probably hurt Wisconsin with its NCAA tournament seed, but the Badgers have found stability in the aftermath of Kobe King’s departure in late January.

After losing six of seven games from Dec. 29 through Jan. 23, the Buckeyes are trending in the right direction over the last month. Ohio State is 6-2 in its last eight games and has a win at Michigan and at home against Maryland in that stretch. The Buckeyes still struggle defensively, but have the league’s third best offense and remain the Big Ten’s best 3-point shooting team.

The Nittany Lions looked like the primary contender to Maryland for the Big Ten regular season crown entering last week, but lost at home to Illinois and then at Indiana to close out the week. Penn State desperately needs guard Myreon Jones, who has missed the team’s last five games, back in the lineup. Jones warmed up in Bloomington, but then retreated to the end of the bench and didn’t play.

The Fighting Illini have five games remaining in the final two weeks of the regular season, but there’s a real opportunity to gain momentum entering tournament play. Illinois hosts Nebraska and Indiana this week and in between those contests, it will travel to Northwestern. Credit Brad Underwood for figuring things out defensively this season in Champaign as the Illini have the league’s second best defense after finishing 11th last season.

Luka Garza remains the most difficult one-on-one matchup in the league due to his ability to finish from anywhere on the floor at 6-foot-10. Garza currently sits at No. 2 in Ken Pomeroy’s national player of the year rankings and is a legitimate contender to win that award despite his shortcomings defensively. The schedule to close the season for the Hawkeyes is difficult as road trips to Michigan State and Illinois are still on the docket along with home games against Penn State and Purdue.

From an efficiency margin standpoint, Michigan State has been the Big Ten’s best team all season. And ultimately, the Spartans might be the best chance for the league to end its national title drought, which is closing in on 20 years. The one stat that continues to haunt Michigan State, however, is turnovers. The Spartans rank 14th in turnover percentage in the conference at 19.1 percent. Michigan State has to shore that up in March if a deep tournament run is going to happen.

How important is Isaiah Livers to Michigan? If the play of the Wolverines over the last few weeks is any indication, he’s pivotal. Michigan is all the way up to No. 11 nationally in the KenPom ratings and has won seven of its last eight games. Freshman Franz Wagner has started to emerge as a legitimate scoring option on the wing and the Wolverines still have the best trio in the league with Livers, Zavier Simpson and Jon Teske. In the toughest league in the country, rookie coach Juwan Howard has made it look easy this month.

The Terps are still in position to win the regular season Big Ten title outright, but the schedule to close out the season is difficult. Maryland’s final four games are at Minnesota, home against Michigan State, at Rutgers and home against Michigan. The Terps need to go 3-1 in that stretch to clinch the outright league title, but one of five teams with six conference losses could grab a share of the title if Maryland loses two of those games. 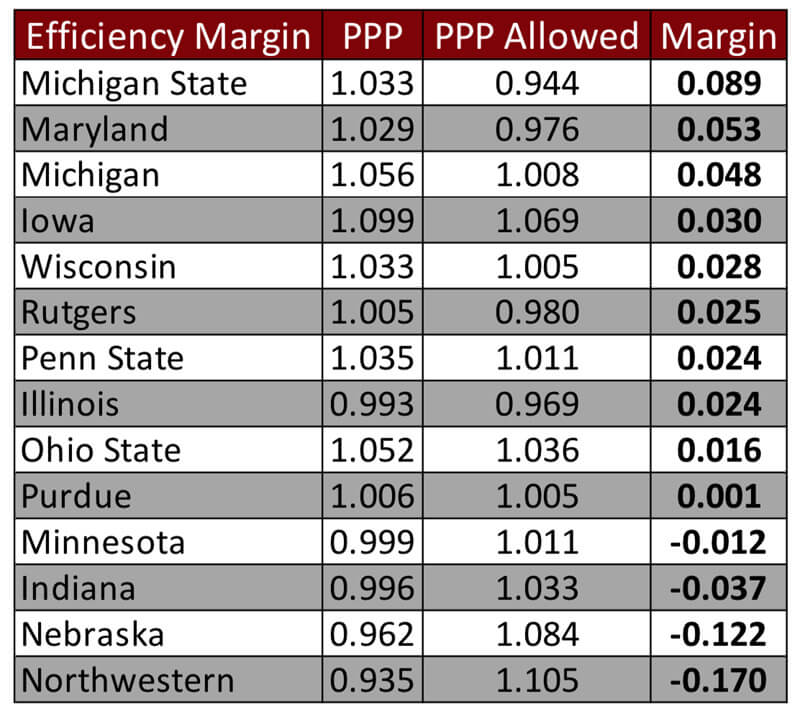