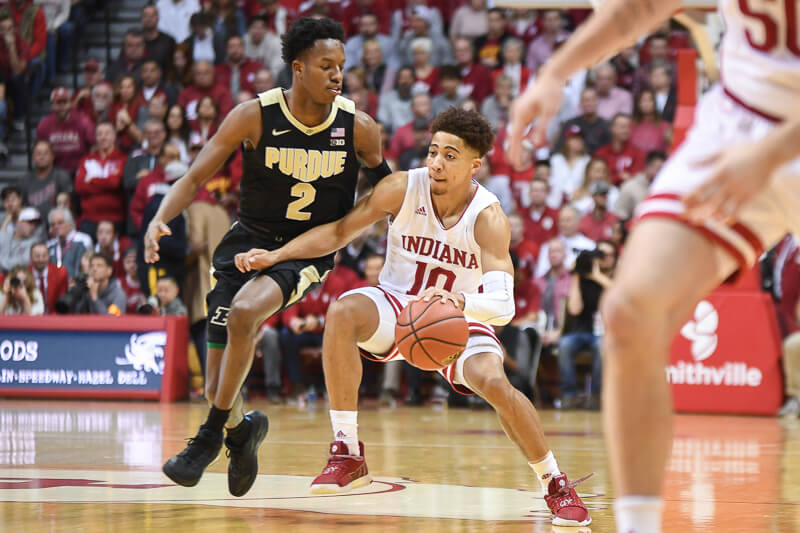 How it happened: Indiana’s once promising season is officially on the verge of a collapse. With a week off to prepare, the Hoosiers looked disorganized and at times disinterested against rival Purdue. The end result was a disappointing performance that saw the Boilermakers lead by as many as 16 in a series they’ve dominated in recent seasons. Indiana wasn’t even in the game for most of the second half. Purdue has now won 9 of its last 10 against Indiana. The Hoosiers came up short in all of the key areas it needed to dominate on Saturday. Indiana turned the ball over (14 times), didn’t get to the free throw line reliably (only 14 attempts) and lost the rebounding battle. Indiana’s losing streak has now reached four games and things don’t get any easier from here as Iowa comes to Bloomington on Thursday.

Standout performer: Trayce Jackson-Davis was a bright spot for the Hoosiers as the freshman forward finished with 16 points, eight rebounds, four assists and three blocked shots in 34 minutes.

Statistic that stands out: Purdue dominated in the paint as the Boilermakers outscored the Hoosiers 28-20 in points in the paint. Purdue also scored 17 points off of 14 IU turnovers.