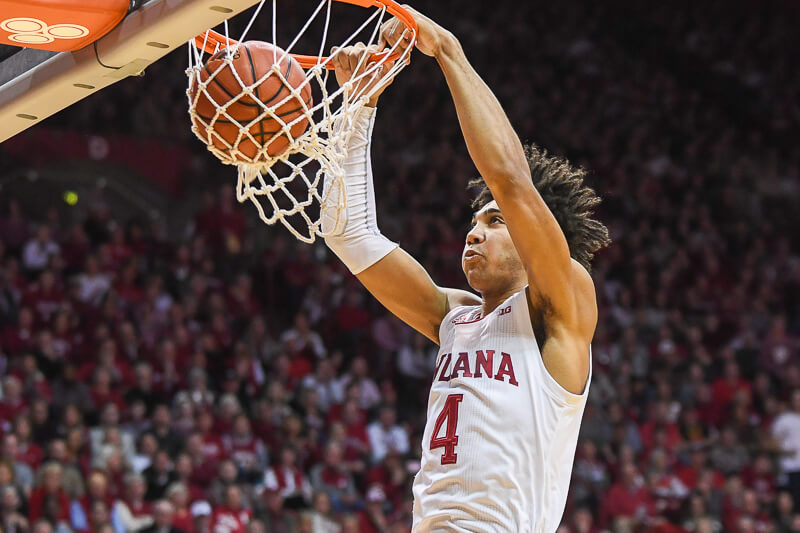 How it happened: It was a tale of two halves on Sunday afternoon in Simon Skjodt Assembly Hall. Maryland couldn’t miss in the first half as the Terps built a 14-point lead on the strength of its 3-point shooting. Maryland was 9-of-17 on 3s and led by nine at intermission. But the lead would not last long. Indiana stormed back in the second half and grabbed its first lead on a Joey Brunk layup at 47-46 with 16:23 to play. Assembly Hall rocked and as Indiana built its lead to eight, it felt like the Hoosiers might pull away. But credit Maryland for not going away easily. And the Terps mounted a final run in the game’s final 1:08. Maryland scored the game’s final seven points to claim a 77-76 win in stunning fashion. Trayce Jackson-Davis had a chance to win it in the final three seconds, but his point blank shot rimmed off for Maryland’s second road win in league play.

Statistic that stands out: After five straight games of holding a Big Ten opponent under a point per possession, Indiana’s defense was a mess on Sunday afternoon. The Terps scored 1.3 points per possession in win.