At the buzzer: Indiana 67, Michigan State 63 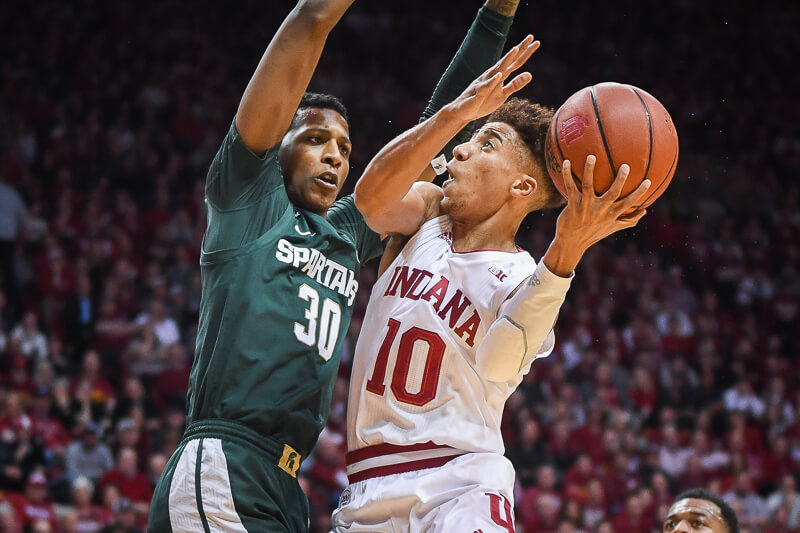 Quick thoughts on a 67-63 win over Michigan State:

How it happened: Assembly Hall was rocking on Thursday night. The students, back for the first time since the Nebraska game in December, brought energy early. And Indiana gave them reason to cheer. Indiana came storming out of the gate and built a 15-point lead by the 9:07 mark of the first half. But Michigan State didn’t fold. The Spartans battled back and by half, Indiana led by just seven points after Al Durham Jr. splashed in a 3-pointer at the buzzer. Michigan State came out red hot from distance in the second half. The Spartans hit their first five 3-pointers and a triple from Rocket Watts gave Michigan State a 51-48 cushion. But Indiana had an answer of its own. As the teams traded the lead the next nine minutes, the Hoosiers took the lead for good on a Durham Jr. 3-pointer with 1:52 to play. And just like last year’s win over the Spartans in Bloomington, Indiana made one final defensive stand and stopped a Cassius Winston lob attempt to Xavier Tillman to secure its 15th victory of the season.

Standout performer: Joey Brunk set the pace offensively for the Hoosiers as the redshirt junior scored a team-high 14 points and also grabbed six rebounds. Trayce Jackson-Davis was equally important as the freshman added 12 points on 5-for-12 shooting.

Statistic that stands out: Michigan State entered tonight’s game scoring 1.04 points per trip in league play, which ranked fourth in the conference. Indiana held the Spartans to just .98 points per possession in the win.