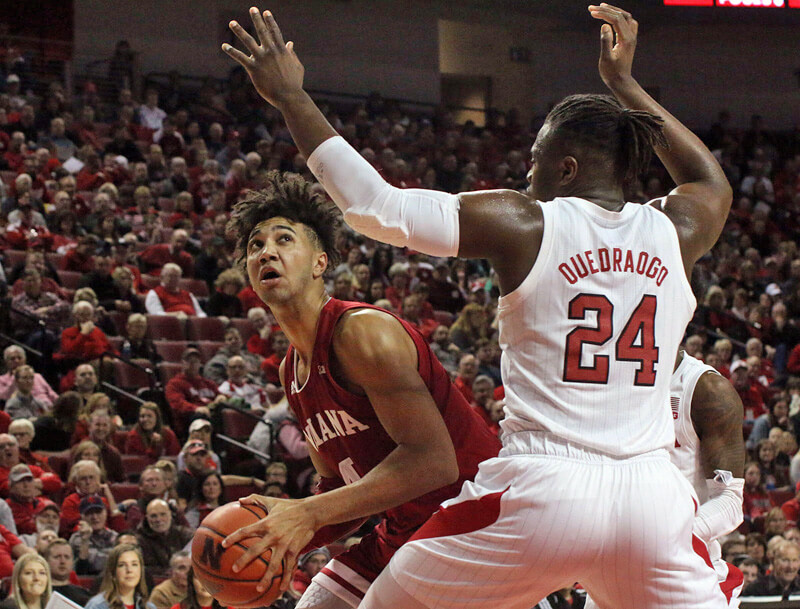 How it happened: As has been the case all season with Indiana, nothing came easy on the road. The Hoosiers started soft defensively as Nebraska built a nine-point lead, its largest of the game, at 23-14 by the 12:18 mark of the first half. Like they did in Piscataway, Indiana answered the early Nebraska punch with one of its own. The Hoosiers turned an eight-point deficit with 9:31 to play in the first half into a five-point cushion on the strength of a hot shooting performance. Indiana hit six of its 16 3-point attempts in the first half, which was good for 37.5 percent. The offense continued to hum early in the second half as the Hoosiers built a 19-point lead on two different occasions (15:02 mark, 12:52 mark). But Nebraska would not go away easily. A lengthy field goal drought – 8:07 to be exact – allowed the Huskers to get as close as eight and then within six on two separate occasions in the game’s final 80 seconds. Indiana wasn’t particularly good from behind the 3-point line in the second half (20 percent) or the free throw line (57.1 percent), but the Hoosiers did enough defensively to grab their first road win of the season.

Standout performer: Freshman Trayce Jackson-Davis followed up his 25-point, 15-rebound performance against Nebraska in Bloomington with another double-double. Jackson-Davis had 18 points and 13 rebounds in the win to go along with four assists and a blocked shot.

Statistic that stands out: Indiana’s eight made 3-pointers was its highest mark since it made nine against Troy back on Nov. 16.