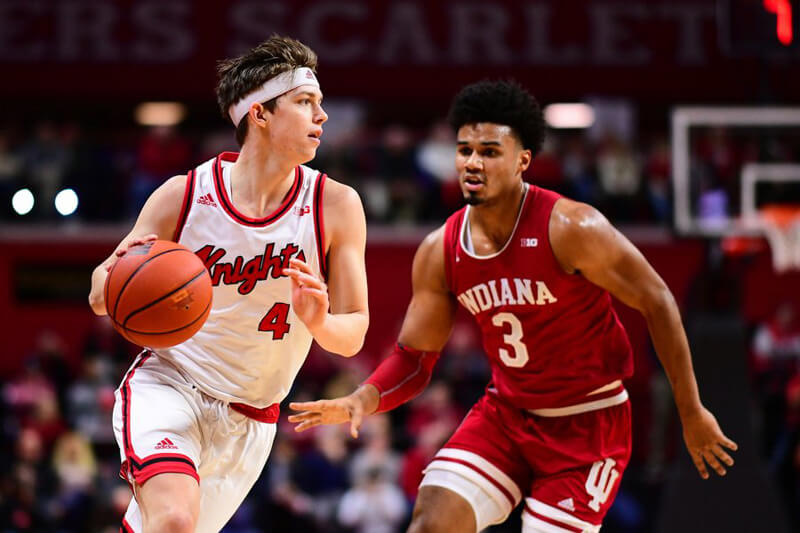 How it happened: Indiana’s offense sank to a new low on Wednesday night at the RAC. The Hoosiers fell behind 12-0 early, but battled back and briefly grabbed a lead at 22-21. But the Scarlet Knights closed the first half on a 10-2 run to grab a 31-24 lead, which they would not relinquish. Indiana got within seven at the 5:18 mark of the second half before Rutgers quickly stretched the lead out to double figures to solidify its 12th straight win at the RAC this season. Indiana’s offensive performance was easily its worst of the season as the Hoosiers managed just .735 points per possession. Indiana’s previous low was .843 in a win over UConn at Madison Square Garden. The Hoosiers shot just 32.2 percent from the field in the loss, their third straight on the road.

Standout performer: Justin Smith had a team-high 15 points and added seven rebounds in 36 minutes. Smith was 6-for-10 from the field and 3-for-4 from the free throw line.

Statistics that stands out: Indiana’s dismal 3-point shooting reared its ugly head in the loss as the Hoosiers hit just 2-of-19 for 10.5 percent. The Hoosiers also scored just two bench points.