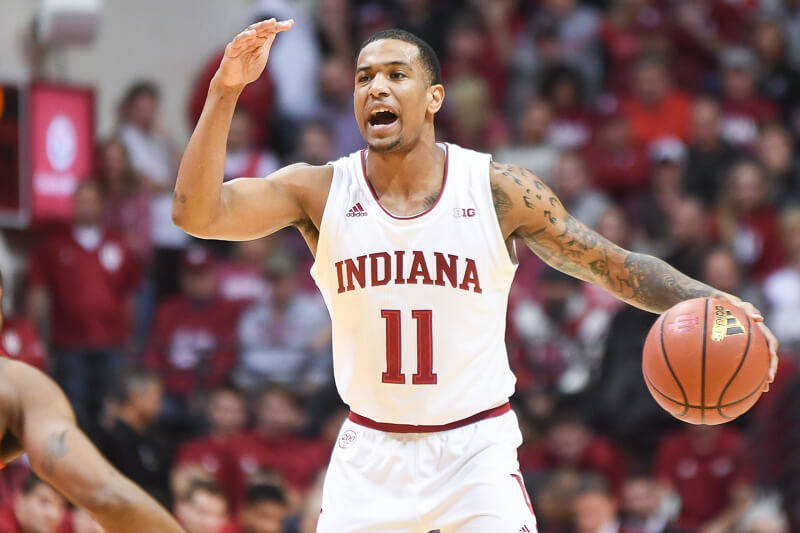 How it happened: After a dismal performance on Wednesday against Northwestern, Indiana looked like a different team at the start of Saturday’s tilt with the No. 11 Buckeyes. Rob Phinisee, in the starting lineup for the first time all season, banged in 3-pointers as the offense started out scoring 2.01 points per possession by the first media timeout. But as is always the case with this group of Hoosiers, the offensive drought came. For a stretch of 9:57 in the first half (and a total of 11:17 if you count the first 80 seconds of the second half), Indiana didn’t make a field goal. And as the free throws clanked off the rim as well – eight misses in the first half – it allowed Ohio State to build a three-point halftime lead. But the Hoosiers came out strong again offensively in the second half. An 8-0 run out of intermission gave the Hoosiers a lead they would relinquish only once briefly at 46-45 the rest of the afternoon. Indiana’s win – it’s 13th of the season – puts the Hoosiers at 3-2 in the league and handed Ohio State its fourth straight loss.

Standout performers: Phinisee went for 13 points, a season-high, and Devonte Green, after his benching late against Northwestern, bounced back with a team-high 19 points in 29 minutes.

Statistic that stands out: Ohio State managed just .79 points per possession, a season-low for the Buckeyes.