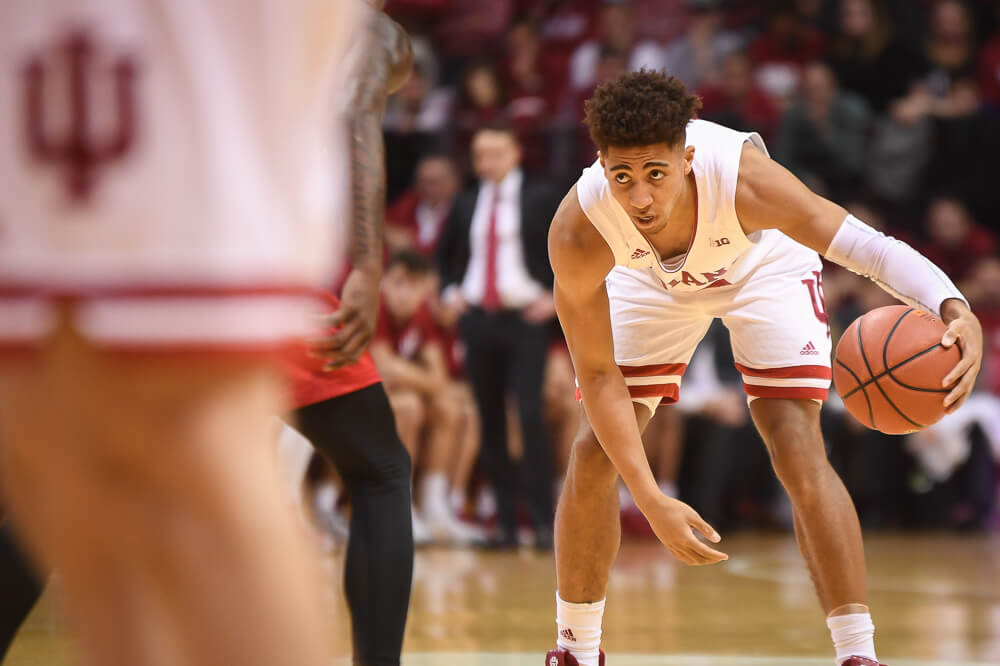 Quick thoughts on a 96-90 overtime win over Nebraska:

How it happened: Indiana entered Friday’s Big Ten opener against Nebraska as a 17.5-point favorite. When the dust finally settled, the Cornhuskers gave the Hoosiers a 45-minute battle. Indiana raced to an 11-2 lead early but Nebraska quickly answered with a 12-2 run to grab a 14-13 lead. By halftime, Indiana led just 40-39 as the Huskers had very little trouble carving up a suspect Hoosier defense. Nebraska showed it was going nowhere in the second half when it answered a four-point spurt run by the Hoosiers with five points of its own to tie the game at 44. Indiana looked like it would finally pull away when it opened an eight-point lead with 4:19 to play. But Nebraska didn’t fold and ultimately tied the game on a Dachon Burke Jr. with two seconds left to force overtime. In overtime, Rob Phinisee stole the show. The sophomore point guard scored seven of his 16 points to help secure the six-point win.

Standout performer: Freshman forward Trayce Jackson-Davis (25 points, 15 rebounds) was the difference in the game. The Huskers had no answer for him in the post as the 2019 Indiana Mr. Basketball recorded his fifth career double-double. Jackson-Davis did most of his damage in the second half and overtime with 22 points and 10 rebounds after intermission.