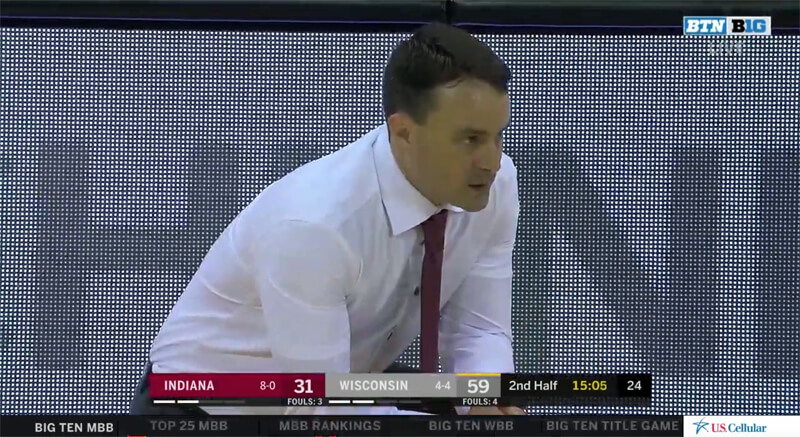 Quick thoughts on an 84-64 loss at Wisconsin:

How it happened: After Indiana’s 16-point whipping of Florida State on Tuesday, there was optimism that the Hoosiers could go to Madison and give Wisconsin a challenge. The Badgers were averaging just 52 points over their last three games (all losses) and looked incapable of delivering a blowout victory over an Indiana team playing with confidence. That optimism was short lived as Wisconsin jumped out to a 7-point lead less than four minutes into the game and quickly ran Indiana out of the Kohl Center. How bad did it get? Wisconsin led by as many as 31 points in the second half as Indiana looked disinterested in putting up any resistance in the loss. The Badgers got comfortable early, controlled the game throughout the afternoon and embarrassed the Hoosiers.

Standout performer: Wisconsin’s Kobe King came out hot and scored 17 of his career-high 24 points in the first half. King, who entered the game shooting just 40.4 percent from the field, shot 10-of-15 in the victory.

Statistics that stands out: Wisconsin shot a stellar 53.6 percent from the field and committed just four turnovers.