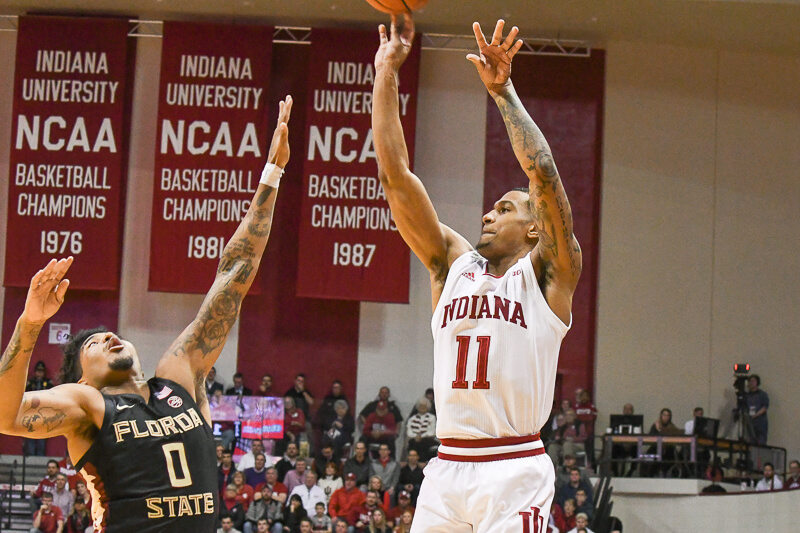 Quick thoughts on an 80-64 win over Florida State:

How it happened: For the first time this season, Assembly Hall was rocking. And after a shaky start, Indiana gave its fans reason to cheer. After Florida State raced to an 11-4 lead to start the game, the Hoosiers answered with a 14-1 run to grab an 18-12 lead. By the 2:40 mark of the first half, the lead had stretched all the way to 15 at 37-22. Florida State’s defense, ranked third nationally entering the season, allowed the Hoosiers to score 1.26 points per possession. The Seminoles, however, wouldn’t go away easy. Florida State hit its first three 3-point attempts of the second half and got within three on a couple of occasions. But Indiana delivered the knockout punch as it outscored Florida State 14-2 from the 7:02 mark to the 2:35 mark to secure its eighth win of the season.

Standout performer: Devonte Green came off the bench and scored a career-high 30 points in 28 minutes. Green came out hot in the first half (14 points) and his production was a major reason why the Hoosiers built a 15-point lead before intermission.

Statistic that stands out: Indiana’s 1.15 points per possession were a season-high for an opponent against Florida State.