At the buzzer: Indiana 88, Louisiana Tech 75 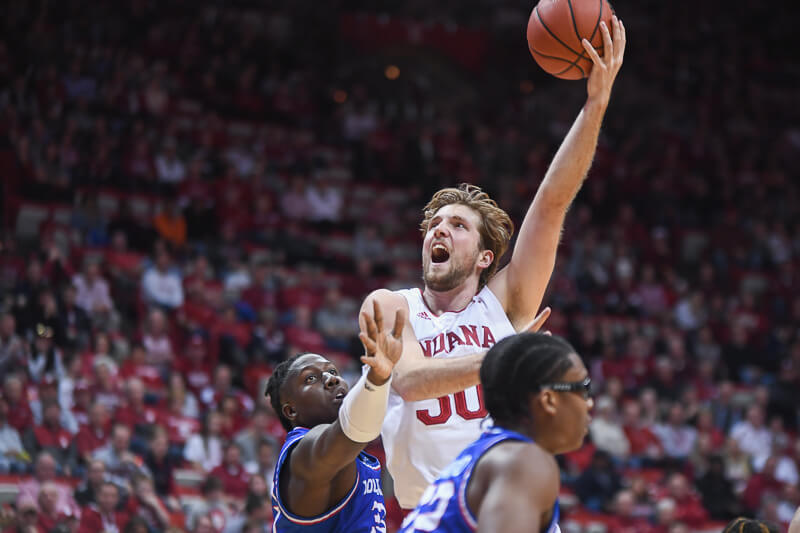 Quick thoughts on an 88-75 win over Louisiana Tech:

How it happened: For a half, it looked as if Indiana would run Louisiana Tech right out of Simon Skjodt Assembly Hall. The Bulldogs were shaky with their transition defense early and the Hoosiers took advantage by getting easy buckets at the rim. Then Indiana starting splashing 3s – six in the first half to be exact – and built a 23-point lead by the 7:29 mark. By halftime, the Hoosiers had amassed 52 points (1.36 PPP) and held a comfortable 16-point lead. The second half, however, was a different story. Indiana was disjointed offensively coming out of the locker room and committed nine turnovers in less than seven minutes to begin the half. Tech got within 10 with 9:34 to go, but Indiana quickly answered with a Joey Brunk bucket and a Trayce Jackson-Davis 3-point play to push the lead back to 15. Overall, it was a solid performance for the Hoosiers, but the second half sloppiness won’t sit well with Archie Miller with just one more game to go before Florida State comes to town.

Standout performer: Freshman Trayce Jackson-Davis was a difficult cover in the paint for the undersized Bulldogs and recorded his third double-double of his young career with 21 points and 11 rebounds. Jackson-Davis was 11-of-13 from the free throw line.

Statistic that stands out: After turning it over just six times in the first half, Indiana was downright careless with the ball in the second half and committed a season-high 18 turnovers.