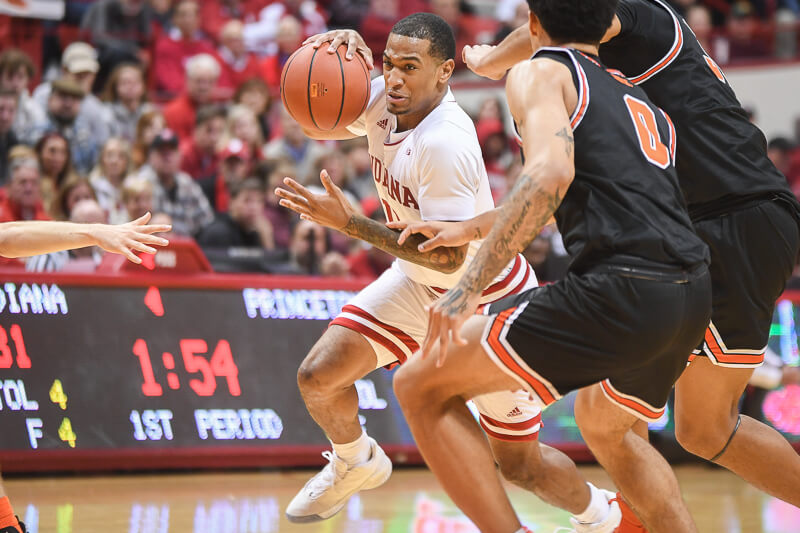 Quick thoughts on a 79-54 win over Princeton:

How it happened: Late in the first half, the crowd inside Simon Skjodt Assembly Hall was restless. Indiana couldn’t extend its lead beyond seven, Princeton grabbed the lead at one point and the Hoosiers were out of sorts. At the break, Indiana led by just four and it looked as if the Tigers would make things interesting. But unlike some of the high major programs that have been knocked off at home by lesser opponents this month, the Hoosiers roared back in the second half. Indiana was more active defensively after intermission and that set the tone as the lead grew to 11 by the 13:46 mark of the second half. After allowing 31 points in the first half, Indiana held Princeton to just 23 in the second half on its way to a fifth straight victory to start the 2019-20 season.

Standout performer: In just his second game back since returning from a hamstring injury, senior guard Devonte Green was sharp on Wednesday night. In the first half, Green had several passes that his teammates simply didn’t convert. He still finished with four assists on the evening and had with 16 points on 5-for-8 shooting.

Statistic that stands out: Indiana continues to do an excellent job taking care of the ball. The Hoosiers finished with just nine turnovers and a turnover percentage of just 14.