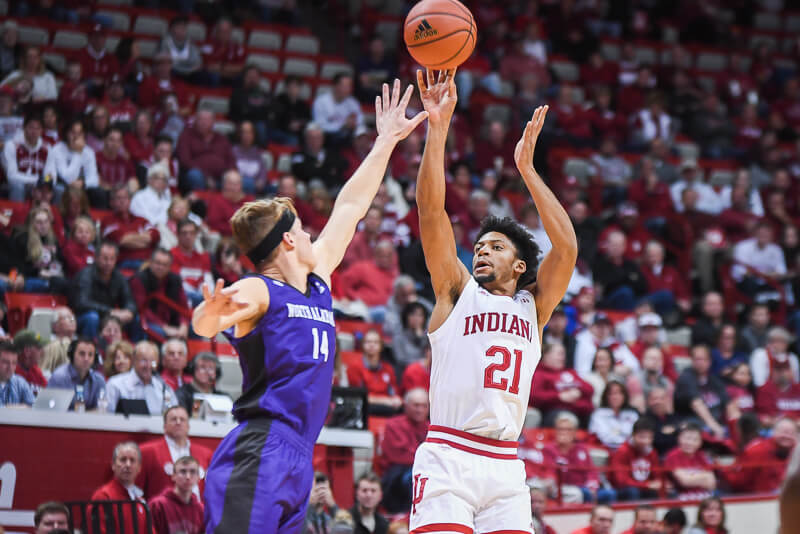 Quick thoughts on a 91-65 win over North Alabama:

How it happened: After a subpar first half in which it allowed Division I transition program North Alabama to score 40 points, Indiana pulled away after intermission for a comfortable win on Tuesday night at Simon Skjodt Assembly Hall. North Alabama started 6-for-7 on 3s, but once the perimeter shots stopped falling and the Hoosiers began taking care of the ball, the rout was on. Ten different Hoosiers scored and five finished in double figures as Indiana moved to 3-0 with a home matchup against Troy looming on Saturday.

Statistic that stands out: 54 fouls were whistled in the game as Indiana finished with a free throw rate (FTA/FGA) of 98 percent. The Hoosiers were 37-for-45 from the free throw line.