What to expect: Portland State 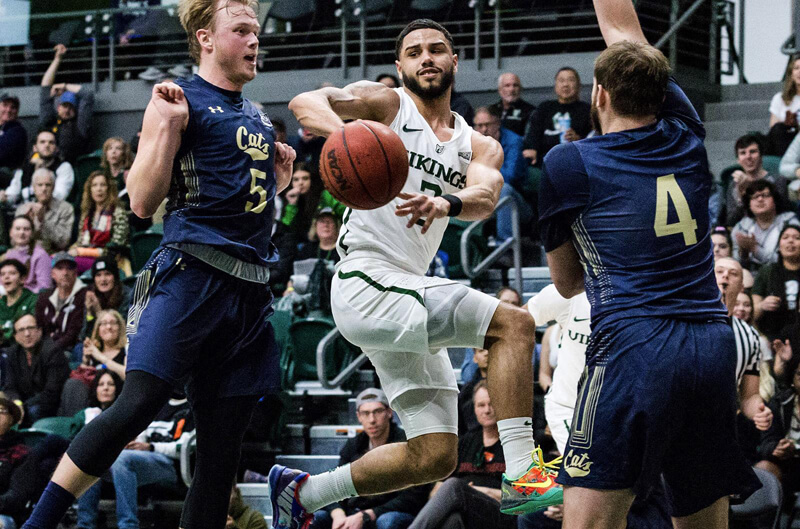 Indiana returns to action on Saturday afternoon at Simon Skjodt Assembly Hall against Big Sky foe Portland State. The Vikings are 1-0 with a victory over Puget Sound, a Division III program. It is the first ever meeting between the two schools.

The game will be broadcast live at 2 p.m. ET on BTN+ with Sam Niederman, Brandon Schaff and Haley Jordan on the call:

Indiana’s favorable November schedule continues on Saturday in Bloomington with an opponent known for its pressure defense.

Portland State deploys a full court press and likes to go 10 players deep so it can keep the pressure dialed up all game. The Vikings ranked in the top 100 last season in steal percentage nationally and in their opener on Tuesday, they pocketed 18 steals. Picked to finish near the middle of the pack in the Big Sky, Portland State finished strong last season with wins in seven of its final nine games.

While the Hoosiers are expected to win handily, results from around the league suggest anything can happen early in the season. Rutgers was pushed to the brink by Bryant on Thursday, Illinois needed overtime to beat Nicholls State on Tuesday, Michigan had trouble with Appalachian State on Tuesday and Nebraska was blown out in its home opener against UC Riverside.

Woods isn’t much of a threat from the perimeter (28.6 percent on 3s last season), but he excels at getting into the lane and drawing fouls. Woods posted a free throw rate (FTA/FGA) of 44.7 percent last season and knocked down 77.8 percent of his attempts from the stripe.

Sal Nuhu, a 6-foot-8 senior, is Portland State’s most important frontcourt piece. He was fourth in the Big Sky last season in rebounding and led the conference in blocked shots. Nuhu ranked 26th nationally in block percentage and in the top 60 in defensive rebounding percentage. He’s also a capable free throw shooter as he knocked down close to 81 percent of his attempts from the line in league play.

Matt Hauser, a 6-foot-2 grad transfer from Valparaiso, started against Puget Sound and finished with 13 points in 28 minutes. Alonzo Walker is a rare intra-conference transfer who played at Idaho State last year, but opted to finish his career with the Vikings. Walker averaged 6.9 points last season for Idaho State and had 12 points and four steals in Portland State’s opener.

As mentioned earlier, Portland State will play a deep rotation as 10 different players logged 12 or more minutes on Tuesday.

After committing just 11 turnovers in the opener against Western Illinois, Indiana’s ability to beat pressure will be tested on Saturday afternoon.

In addition to the press, Portland State aggressively pursues offensive rebounds. The Vikings ranked first nationally last season in offensive rebounding percentage and generated most of their points from the free throw line and inside the paint.

Portland State was a worse 3-point shooting team than Indiana a season ago, so success for the Hoosiers on Saturday will hinge heavily on defensive rebounding and getting stops so that the Vikings are unable to set up their full court pressure.

The KenPom prediction likes Indiana by 23 with a 98 percent chance of victory while the Sagarin numbers favor the Hoosiers by 20.

With Devonte Green still sidelined with a hamstring injury, Indiana’s guard depth will be tested Saturday. The Hoosiers only have three capable ball handlers available in Rob Phinisee, Al Durham Jr. and Armaan Franklin and Phinisee is still easing back into things following a lower abdomen injury.

IU’s frontcourt will also be tested by an above average shot blocker in Nuhu and an opponent that crashes the boards relentlessly.

With just a little over three weeks until Florida State comes to Bloomington for the Big Ten-ACC Challenge, each game is a valuable test for an Indiana team looking to find cohesion ahead of what could be a tough December slate.