At the buzzer: Indiana 98, Western Illinois 65 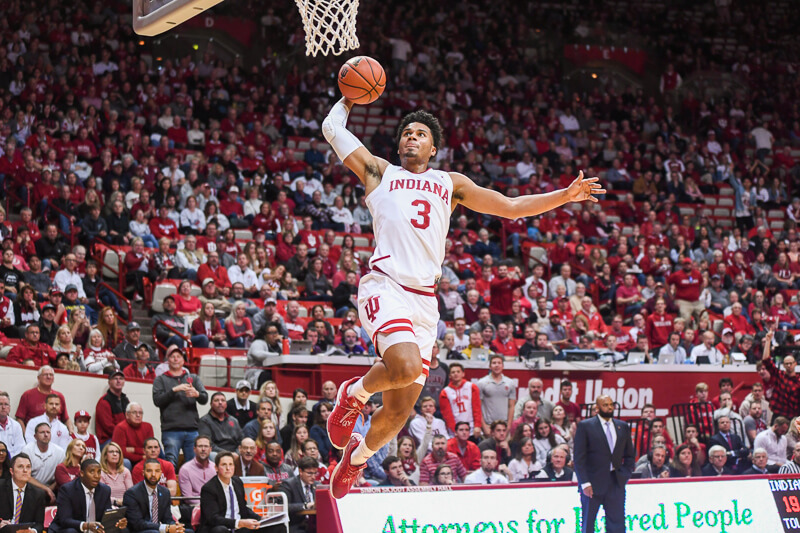 Quick thoughts on a 98-65 win over Western Illinois:

How it happened: At the 10:35 mark of the first half, Western Illinois led Indiana 15-12 after a made 3-pointer by Jaeden King. Indiana looked out of sorts offensively and needed a spark to get things going. That spark would come with this lineup: Rob Phinisee, Al Durham Jr., Justin Smith, Jerome Hunter and Trayce Jackson-Davis. Those five Hoosiers ripped off an 16-0 run in less than four minutes and Indiana was never challenged the rest of the way. It was a result that was expected against an opponent picked to finish near the bottom of the Summit League that lacked the firepower to challenge Indiana in any meaningful way.

Standout performers: Juniors Justin Smith and Al Durham Jr. both turned in strong performances as Smith paced the Hoosiers with 24 points and Durham Jr. wasn’t far behind with 21. Smith was 11-of-17 from the field and added seven rebounds, three steals and two blocked shots in 22 minutes. Durham Jr. was a perfect 7-of-7 from the field in 27 minutes.

Statistic that stands out: In his first game as a Hoosier, freshman Armaan Franklin finished with eight assists and no turnovers.