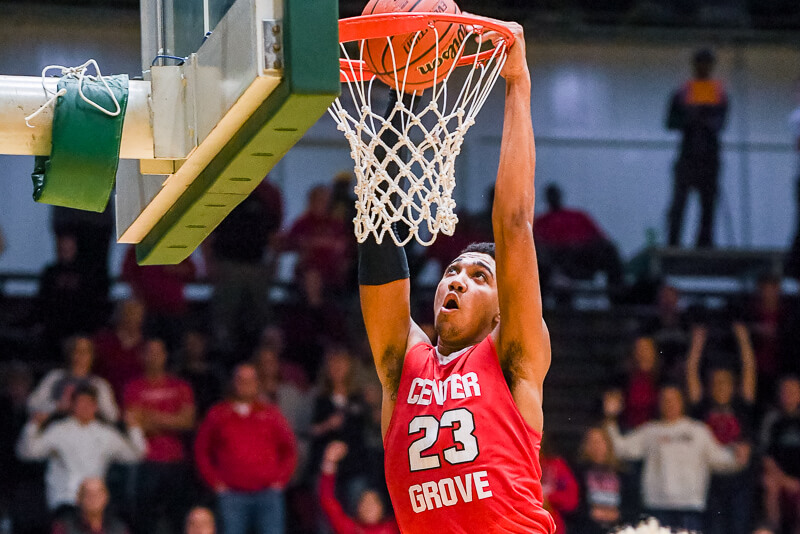 There have been plenty of ups and downs in Mike Watkins’ career. At one point, he was considered one of the top young big men in the Big Ten. Legal woes, a suspension, injuries and a public battle with mental health issues prevented his junior year campaign from ever getting on track. Despite those issues, Watkins posted impressive per-40 minute averages of 16.2 points, 13.6 rebounds, and 4.6 blocks last season. On his best days, Watkins can protect the rim, finish inside and control the glass as effectively as any big man in the Big Ten. The key for Watkins will be to reach that potential on a more regular basis in 2019-20.

The highest ranked RSCI recruit entering the Big Ten this season, Trayce Jackson-Davis was Indiana’s Mr. Basketball, a McDonald’s All-American and a Jordan Brand All-Star. His commitment was a big deal for Archie Miller, who vowed to make the state’s best players his top priority when he took the IU job in March of 2017.

The graduation of Juwan Morgan should mean ample opportunity for Jackson-Davis to step in and assume a major role right away in Bloomington. In order to do that, Jackson-Davis is going to have emerge in a crowded frontcourt rotation that will also include Butler grad transfer Joey Brunk, senior De’Ron Davis and junior Justin Smith. If Jackson-Davis is going to play the four at times alongside Brunk or Davis, he’s going to have to show he is capable of guarding on the perimeter and prove that he’s comfortable handling the ball outside of the paint.

A consensus top 50 recruit, Liddell was a major score for Chris Holtmann, who went head-to-head with Illinois and Missouri for his services and emerged victorious. Liddell is an undersized power forward with an elite motor, which should earn him major minutes right away in Columbus. A two-time Mr. Basketball in Illinois, Liddell was a double-double machine in high school and should slot in perfectly next to Kaleb Wesson, who is returning to Columbus for his junior season.

Oturu is one of the league’s best returning big men and his inclusion on this year’s list is a bet that he takes a step forward in his second season. He led Big Ten freshmen last season in rebounding and blocks and averaged a respectable 10.8 points on 55.1 percent shooting. The graduation of Jordan Murphy means there will be more opportunity for Oturu to beef up his numbers on the glass after a very solid start as a freshman. In league games last season, he was the Big Ten’s fifth best defensive rebounder and 12th best offensive rebounder.

The next step for Oturu is improving his free throw shooting (61.5 percent) and staying on the floor. In Minnesota’s offseason trip to Italy, Richard Pitino said that Oturu struggled with foul trouble, but also noted that he noted that he shot 3-for-5 on 3s on the trip.

Joshua Langford is one of the most challenging players to rank in the conference. He’s a career 41 percent 3-point shooter who averaged 15 points per game during an injury-shortened junior campaign. Despite his 3-point accuracy, Langford’s efficiency has been hamstrung by his love of the mid-range jumper. As a junior, Langford attempted 38 percent of his shots in the mid-range and made them at just a 38 percent clip.

Langford’s recovery timeframe adds to the uncertainty. While he is expected to return to 100% from ankle surgery, there’s a chance that his recovery could extend into the season. Michigan State’s offense reached another level without Langford last season, and that shift toward Cassius Winston should only become more significant in 2019-20.

Langford could be a go-to double-figure scorer on a team expected to make the Final Four, or he could slide into a more complementary role. The best-case scenario for Michigan State is one where Langford can cut down on long twos and leverage his 40-percent 3-point stroke more often.