Indiana in final five for class of 2020 forward Jalen Bridges 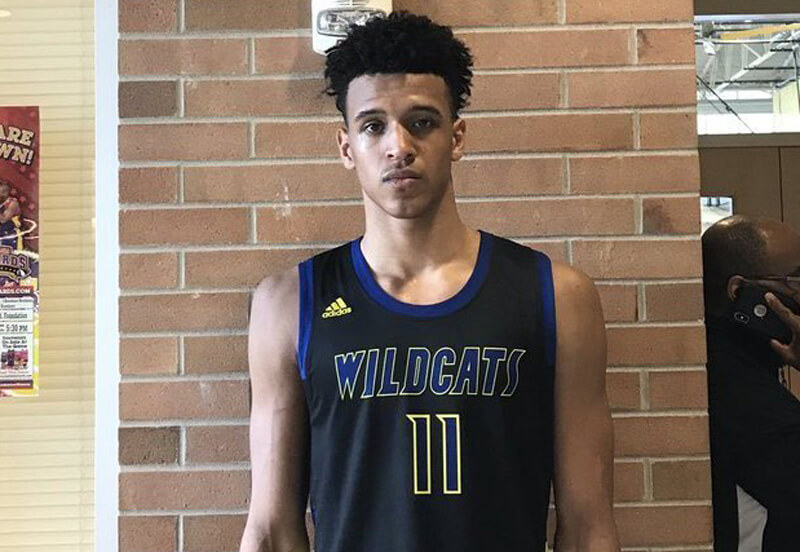 Class of 2020 forward Jalen Bridges announced his five finalists on Saturday afternoon and Indiana made the cut.

The 6-foot-7 forward from Fairmont, West Virginia is down to Alabama, Indiana, Miami, West Virginia and Xavier. Bridges will play his final year of high school basketball at Scotland Performance Institute in Pennsylvania.

According to Corey Evans of Rivals.com, Bridges will be on campus for Indiana’s Hoosier Hysteria on October 5:

He will begin things next weekend in his home state of West Virginia. The Mountaineers consistently have a strong success rate of keeping the best from its area at home for college. From there, Bridges will head outside of his region and visit Alabama on September 6. The Tide have pursued the very best nationally this summer and while they were the surprise in making the cut, will look to pick up ground during his trip to Tuscaloosa.

Bridges did have a visit set for Xavier on September 13 but instead, has been forced to work on a new date that has yet to be decided upon. Therefore, his third official visit will be taken to Miami on September 20. Indiana will round out his final official visit planned as he will visit on the weekend of October 5 and for IU’s Hoosier Hysteria event.

Final 5 ? Hate it or Love it pic.twitter.com/WiiviQyxgg

Bridges played for Wildcats Select this past spring and summer on the adidas Gauntlet circuit. He’s currently regarded as a four-star prospect and the No. 75 player nationally by the 247Composite.