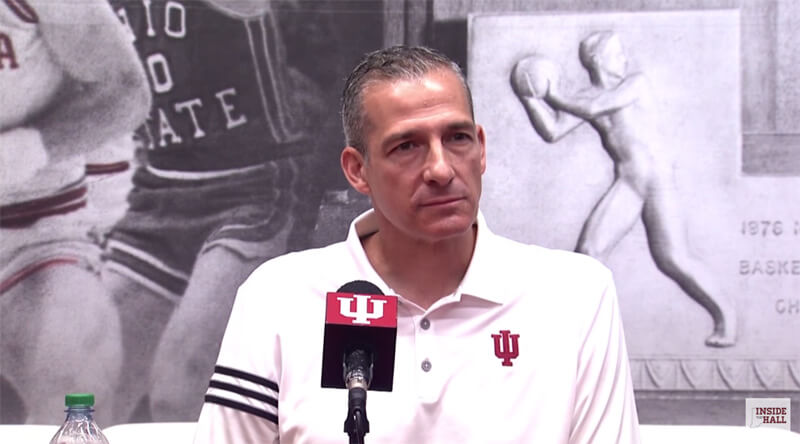 It appears there will be an offseason shakeup with the IU coaching staff.

According to Jeff Rabjohns of Peegs.com, assistant coach Ed Schilling is “looking for new opportunities” and will be leaving the IU coaching staff. Late Wednesday night, TheHoosier.com reported Schilling is no longer on IU’s staff.

A native of Lebanon, Indiana, Schilling came to IU after spending the previous four seasons under Steve Alford at UCLA.

From 2007 to 2013, Schilling served as a head coach for Adidas Nations, coaching and training the Adidas High School All-American Team in national and international competition. In addition, he has served as executive director and trainer at Champions Academy, a not-for-profit basketball organization for youth and college-aged athletes in Indianapolis.

Indiana has not released any update on Schilling’s status with the program as of Wednesday evening.